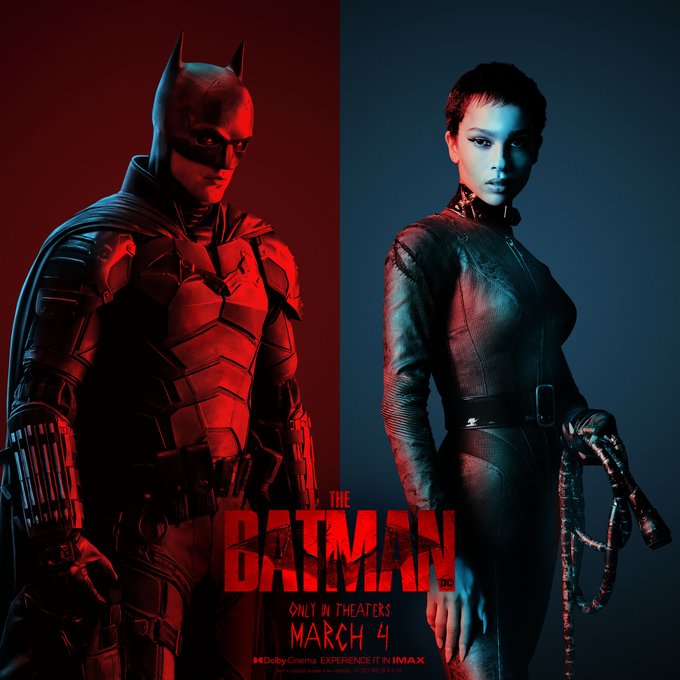 Robert Pattinson as the Dark Knight isn’t the only major DC Comics hero we’re getting a new take on in The Batman. Zoe Kravitz as Selina Kyle aka Catwoman is also a character we should expect to see a lot from; not just in this movie but perhaps beyond. A new trailer for the film arrives, titled “The Bat and the Cat”, offering a new look at one of the most complicated relationships in all of comics.

The footage begins with Bruce Wayne being admonished for not doing enough to save Gotham City, while at the same time we see the other side of his life, the Batman side, doing everything he can to do just that. We also see that Selina Kyle and Batman, while fighting on the same side, tend to fight out their differences. We also get looks at Colin Farrell as Penguin and Paul Dano as Riddler, who has a grudge against the Waynes.

And finally, the Bat and Cat theme continues with the split Empire Magazine cover featuring Pattinson and Kravitz.