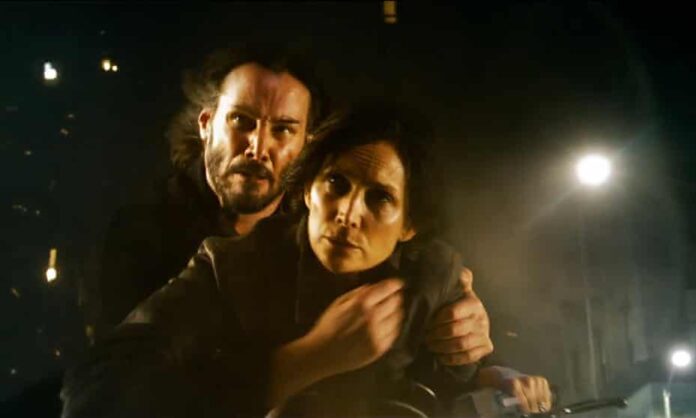 It’s time to enter the Matrix once again! Later this month the anticipated sequel The Matrix Resurrections finally arrives. The original film, released way back in 1999 (!!!) was a cultural phenomenon that sparked debate about the nature of our reality, while also setting the tone for every sci-fi movie that would follow for years. Can this new sequel have the same level of impact?

A new trailer has arrived featuring never-before-seen footage of dynamic, high-flying, wall-flipping, slow-motion action. Keanu Reeves returns as Neo, only now he seems to have forgotten everything about what happened to him before. Carrie-Anne Moss also returns as Trinity, joined by Jada Pinkett-Smith as Niobe, Yahya Abdul-Mateen II as a younger version of Morpheus, plus Jessica Henwick, Jonathan Groff, Neil Patrick Harris, and more.

Behind the camera is Lilly Wachowski, taking the reins for herself, joined by co-writers David Mitchell and Aleksandar Hemon.

The Matrix Resurrections opens in theaters and HBO Max on December 22nd.