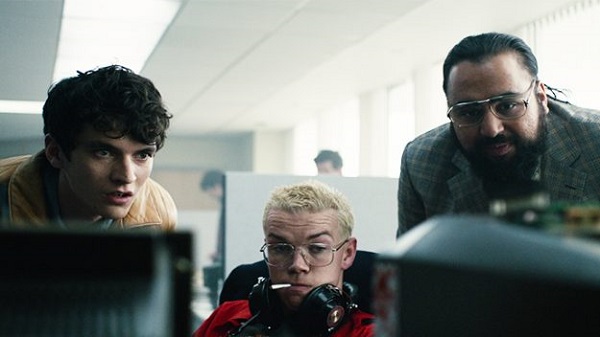 The idea of a “choose your own adventure” story is nothing new.  The ability of the reader/viewer/player to be able to dictate how the story goes is always fascinating and leave open endless possibilities.  It’s been done in books for quite some time (as described in the movie).  Recently, the craze has taken on a new life with video games.  My favorite has been the Telltale Games’ Walking Dead video game series as you got to make choices on the fly that would impact how you played the video game narratively.  Of course, books and video games have the infrastructure to make a choose your own adventure believably work.  Could the same be done for a film or TV show?

Leave it up to Netflix to give it a try.  After all, they have all the money in the world to build the necessary technology to make it happen.  They kind of “beta tested” this idea in their children’s stories (most recently the Minecraft: Story Mode movie/game that was released this past November).  While it was “choppy” to say the least, everyone’s ears perked up when it was announced that they would be doing a Black Mirror movie using the same style.   Black Mirror already plays on our fears of the worst of technology as it’s basically an updated Twilight Zone for a new generation, delivering standalone episodes (sometime feature-length) that give us an insight to the dark side of what technology can deliver.  Almost all the episodes don’t have happy endings, but even in their dark, twisted way, we are completely entertained by whatever Charlie Brooker and the folks at Netflix deliver to us.  The newest iteration in the dark world of Black Mirror is Black Mirror: Bandersnatch.

First off, you as the consumer need to have the right technology to really make it work. Some fans with an older model Roku, Apple TV, or Chromecast are finding out the hard way that they don’t have the right tools to watch (like a smart tv, firestick, or on Netflix’s website) it as Netflix will use previous Black Mirror episodes as a montage:

It’s nearly 2019 and #Bandersnatch won’t play on #AppleTV? Truly this is the darkest timeline. pic.twitter.com/5qk0Ixayus

That said, if you have what you need, you can go down the Black Mirror: Bandersnatch rabbit hole with fun!  Set in July 1984, the story follows Stefan (Fionn Whitehead), a 19-year-old computer programmer who is trying to develop his own “choose your own adventure” video game as he’s the biggest fan of a book called Bandersnatch, which was written by an author who went insane after writing it (and killed his wife).  While slightly controversial because of the nature of the book’s history, Stefan gets his big break and meets with people at a software company called Tuckersoft and gives them his presentation for what his adaptation could possibly be.  The executives love the idea and give him until September to develop the game for a Christmas release. 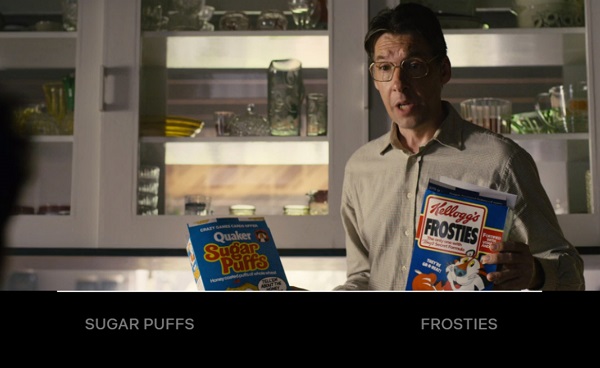 And this is where it gets interesting.  Remember, this is an interactive movie.  Stefan’s choices are made by you, the viewer.  At first, the choices don’t seem to difficult (do you want Stefan to eat Frosties or Sugar Puffs), but as the story increases and his mental stability decreases, the more you are questioning if the decisions you are making for him are making things worse or better.  Stefan starts going down the rabbit hole of the pressure of delivering the game in time while also researching the original book’s author’s own insanity and his questioning the nature of his reality and delving deeper into madness.  The concept of free will and the idea of different realities is explored deeply as Stefan starts realizing something is up.  Of course, this is in the world of Black Mirror, so the outcome is not going to be pretty.

It’s also hard to really describe the movie without going through the endless narrative directions without spoiling it.  Needless to say, it’s fun, it’s engaging, and it’s dark as hell.  Having filmed more than 5 hours of footage, the movie has lots of content for you to dig through.  Depending on what choices you make for Stefan, the story could easily wrap up anywhere between 40-90 minutes, but it’s trying to “go back” and make different decisions and see their different outcomes that make it more fun.  And because you the viewer are controlling Stefan, you are basically the “director” of the movie.  The film digs deep into how meta this really is.  There’s even one of the endless alternate scenes/ending where Stefan (in 1984) learns what Netflix is.  Try explaining the idea of streaming to someone from 2000 let alone 1984!  The interactivity of the movie can lead to hours on end of you just going through each scenario and trying to find a different outcome.  Also, what does this say about you as a person when you decide to take Stefan down a dark path with your own choice? 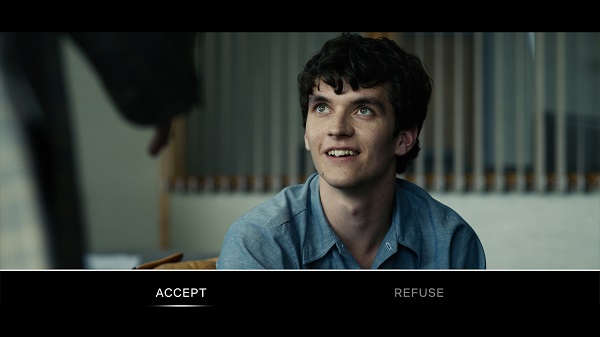 The interactivity is obviously a great gimmick.  For one, it’ll increase Netflix subscribers as this is one thing that can’t be pirated, you have to have the service to be a part of the experience.  Secondly, it’s incredibly immersive as this feels more like a video game than a movie (because once again, you are in control).  But toss the interactivity aside, is it a good movie?  It’s basically delving into the madness of a person under pressure, which makes for an interesting movie.  However, it’s very hard to separate the movie from the experience because you the viewer having such a key role in it.  The movie also makes us question if we really are in control as sometimes when we make the wrong choice for Stefan, we revert back to a previous scene to then make the “correct” choice for Stefan.  It’s almost a Rorschach test as much for us as it is for Stefan.  While there have been better episodes of Black Mirror, this still is fun as hell!

Netflix seems to be having one hell of a December.  Early, they delivered Bird Box, which has been pretty much anything everyone’s been talking about since its release a few weeks ago and now Black Mirror: Bandersnatch, which will surely have countless blogs and papers written about it.  Now the big question will be is if this is the future of entertainment.  This works too well to be a “one and done” style and Netflix will surely be trying this storytelling format again.  It’ll be very interesting if they try this with a TV series where a decision is episode 1 creates a different outcome by episode 7.  If you like the idea of being heavily immersed with your Netflix content (and like to play God), you owe it to yourself to watch this movie!