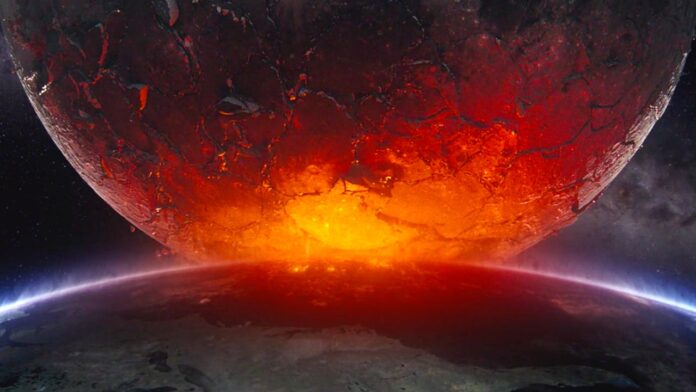 You’ll be shocked, SHOCKED (!!!), to learn that in Roland Emmerich’s new film Moonfall, the fate of the entire world is at stake. The disaster-maven is back and this time he’s bringing along Patrick Wilson and Halle Berry who will try to prevent the planet from being destroyed by, well, the title says it all, a falling moon.

In the new teaser, it’s clear what we’re in for here. Lots of explosions, scientists looking stunned, natural disasters, rockets, astronauts floating through space, and a couple of heroes trying to save the world. All of this because somehow the moon has been knocked out of its orbit and is now crashing to Earth.

Emmerich took a break from big-budget disaster thrillers to direct the atrocious WWII film Midway, but now he’s back in his comfortable wheelhouse. He co-wrote the Moonfall script alongside 2012 and 10,0000 BC writer Harald Kloser, along with newly-minted Expendables 4 writer Spenser Cohen. Also in the cast are John Bradley, Charlie Plummer, Michael Pena, Donald Sutherland, Kelly Yu, and Eme Ikwuakor.