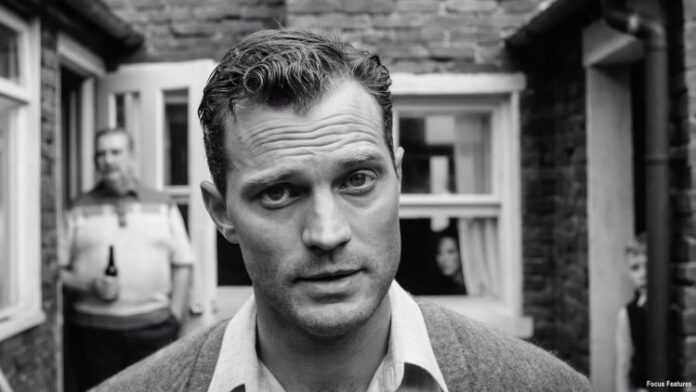 Anyone else still got “Everlasting Love” in their head thanks to Jamie Dornan’s performance of it in Belfast? Just me? He’s earning some of the best reviews of his career right now, certainly better than for Fifty Shades of Grey, and with so much attention on him it’s perhaps no surprise that Marvel is circling.

In an interview with The New York Times, Dornan reportedly talked about wanting to be in a superhero movie, and revealed “he has met with the Marvel Studios head Kevin Feige about donning a cape and tights.”

Dornan also showed an admiration for the career choices made by Robert Pattinson, who started off with a similarly panned fan-favorite franchise in Twilight, but went on to become one of the most sought-after actors around. Pattinson has come back around and is set to star in The Batman…

“I would be lying if I didn’t admit that I feel like him and his people have played it really cleverly,” Dornan said. “Everything he’s done since ‘Twilight’ has been really smart and beautifully crafted, and those films aren’t financed on his name had he not been in these movies that made billions of dollars.”

Here’s the deal: if Marvel wants him, and Dornan also wants to be part of the MCU, then it WILL happen. It’s just a matter of when and what role.