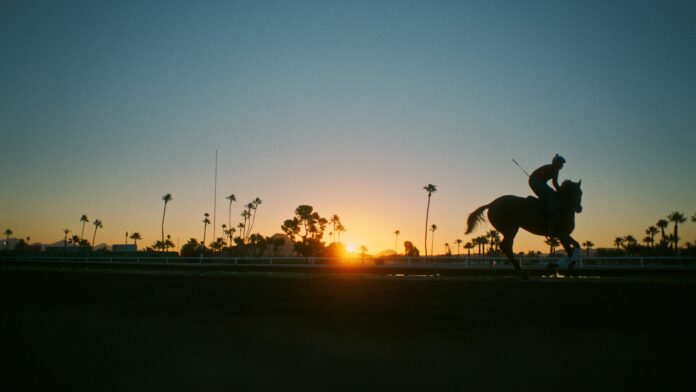 It’s going to be a very competitive race for Best Actor this year, but there are lot of people hoping Clifton Collins Jr. can finally get his due. You can count me as one of them. The accolades he’s received all year since Jockey premiered at Sundance, which is where I first saw it and have been singing its praises, are the best Collins has ever received. And with the horse racing drama firmly set to open late next month, Sony Pictures Classics has dropped a new trailer to spotlight the actor’s performance one more time.

Very similar in vérité tone and spirit to The Rider, director Clint Bentley’s directorial debut Jockey stars Collins Jr. as an aging jockey who hopes to win one more big race for his longtime friend and trainer, played by Molly Parker. The film, pulling from Bentley’s own experiences with the sport, really digs into the tough life these riders have coping with the injuries, the disappointments, and the rugged physical regiment that comes along with the job.

Also in the cast is Moises Arias, continuing to shine in dramatic roles since his breakout in The Kings of Summer.

An aging jockey (Clifton Collins Jr.), hopes to win one last title for his longtime trainer (Molly Parker), who has acquired what appears to be a championship horse. But the years – and injuries – have taken a toll on his body, throwing into question his ability to continue his lifelong passion. And the arrival of a young rookie rider (Moises Arias), who claims to be his son, and whom he takes under his wing, further complicates the path to fulfilling his dream.