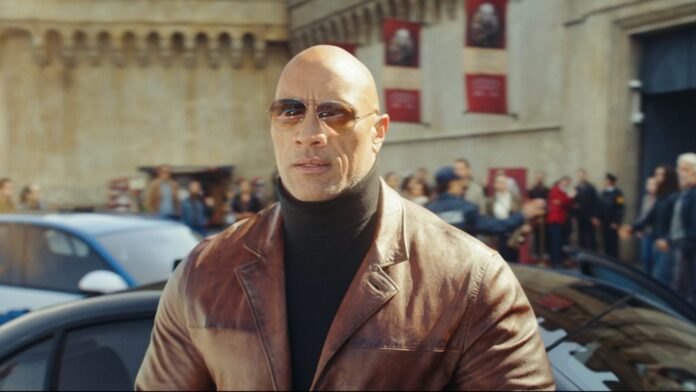 Even before Daniel Craig’s No Time to Die opened in theaters, the wish lists for who would replace him as 007 ran a mile long. Well, there’s now one more name you throw into the mix: Dwayne Johnson. Although, if he were hired they’d have to make those cool tuxedos sleeveless. And write James Bond as a…well, a bald guy.

In an interview with Esquire, Johnson talked about the James Bond franchise and how his grandfather actually appeared in You Only Live Twice, as a villain. But when it comes to following in daddy’s footsteps, The Rock says that ain’t happening because he will only play James Bond…

“Yes, my grandfather was a Bond villain in ‘You Only Live Twice’ with Sean Connery. Very, very cool. I would like to follow in his footsteps and be the next Bond. I don’t want to be a villain. Gotta be Bond.”

I don’t think for a second that this would happen, but one never knows. For one thing, Johnson is incredibly popular and can you imagine what kind of box office he’d bring? Insane! He’d need to polish up on his British accent, which he only broke out for comedic effect once in a while on WWE TV, but would get him destroyed by U.K. fans if he were James Bond.

Hey, he’s as likely as anybody else, I suppose?