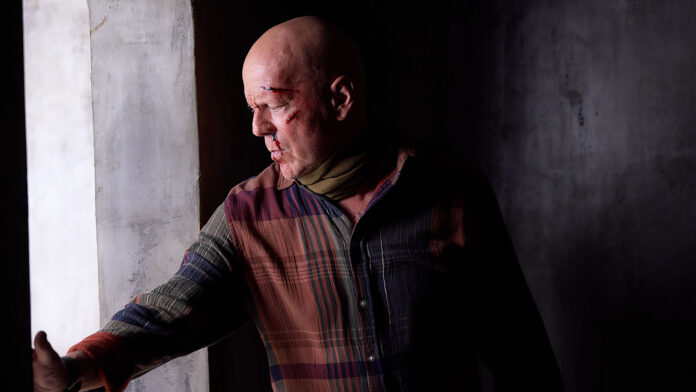 You might be shocked to learn that Fortress, the new film starring Bruce Willis and Chad Michael Murray, is already a full-blown franchise. Yeah. Three of the action flicks were shot back-to-back-to-back and the first one is hitting theaters and VOD on December 17th.

Fortress, the latest in Willis’ pact with producers Emmett/Furla Films, who are basically keeping is career alive at this point, is essentially a siege film with Murray as the heel looking to bust into a high-tech bunker. Here’s the synopsis:

In this dazzling action cyber-thriller film, Bruce Willis plays Robert, a retired CIA agent living at a secret resort in the woods. One day, his estranged son drives into the camp for a visit — but he’s followed by Robert’s old nemesis, Balzary (Chad Michael Murray). As the site is besieged by Balzary’s attack squad, father and son retreat to a high-tech bunker. But are its steel walls and advanced weapons of the bunker powerful enough to match Balzary’s bloodthirsty plans for revenge?

Also in the cast are Jesse Metcalfe, Shannen Doherty, Sean Kanan, Kelly Greyson, and Ser’Darius Blain. The film is directed by James Cullen Bressack, who worked with Willis and Murray on Survive the Game which was released just last month.