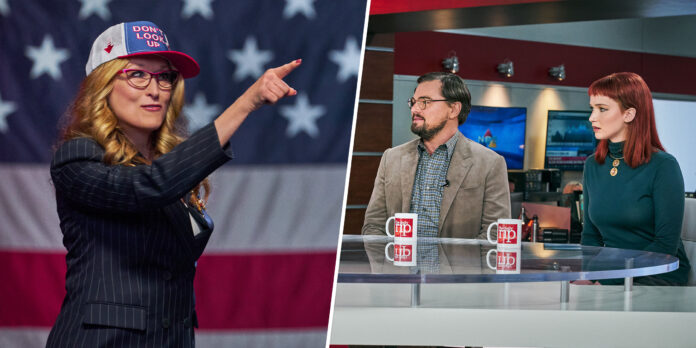 One of the films that may or may not be a major awards season player is Adam McKay’s Don’t Look Up. Starring Leonardo DiCaprio and Jennifer Lawrence, the film plays right into the former’s wheelhouse as it deals with a threat to the planet, that being a massive comet of apocalyptic proportions. The problem is nobody believes it’s true, a phenomenon that more than mirrors the way much of the population has approached the current pandemic.

So why am I skeptical about Don’t Look Up’s awards season prospects? Netflix seems to be keeping the film under wraps, somewhat, putting their energy instead on The Power of the Dog and tick, tick…BOOM! Maybe I’m misreading the situation, but I don’t think so.

We’ll find out when Don’t Look Up hits theaters on December 10th, followed by Netflix on December 24th.