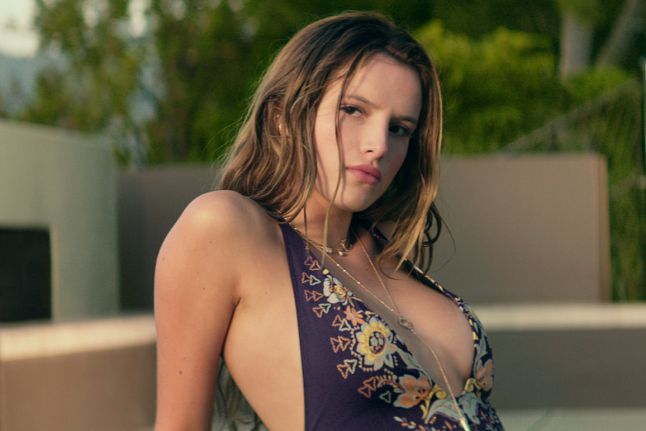 Sean Baker, the inventive filmmaker behind Tangerine and The Florida Project, teaming up with the always-daring Bella Thorne? Yes, please.  That’s what’s going down, as Baker will direct a doc on Thorne’s foray into the X-rated subscription service, OnlyFans.

This comes on the heels of Thorne announcing her participation in OnlyFans yesterday with a sultry striptease.For those who are unaware, OnlyFans is a subscription service in which fans pay $20 per month for Thorne to send them sexually suggestive content way too hot for Instagram. It’s estimated Thorne could make up to $1M a year through this new venture.

Thorne has never been shy about her sexuality, which is one of the reasons why I dig her. The ex-Disney Channel alum (Having interviewed her, I know she hates being reminded of it) has put her beauty and sex appeal out there on front street in pretty much every role, including her recent film, Infamous. She drew a lot of attention and no shortage of controversy for making her directorial debut with the Pornhub film Her & Him. When a hacker threatened to expose sensitive images, Thorne beat him to the punch by leading the nudes herself. The connection she has with fans has gone a long way in her evolution from actress to entrepreneur.

It’s been a few years since Baker’s The Florida Project, and people have been wondering what he would do next. He’s made movies on IPhone and used other wild filmmaking techniques. Surely, there will be something new he brings to the table for this documentary, which makes it all the more intriguing. [Paper]