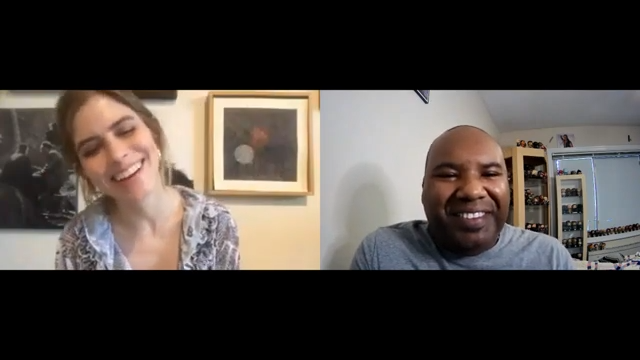 A visually stunning, twisted trip down the rabbit hole, Carlson Young’s directorial debut The Blazing World made one Hell of an impression at Sundance earlier this year. An adaptation of her 2018 Sundance short, itself inspired by the dark prose of 17th-century writer Margaret Cavendish, the film finds Carlson taking on multiple roles as writer, director, and star.

Taking on so much for her first-time feature is impressive enough from the Scream tv series actress, but that she does so with confident, bold visuals makes her a filmmaker to watch. The story, about a young woman who escapes from the grief, depression, and trauma of a past tragedy into a macabre Del Toro-eseque world, drew largely from Carlson’s own experiences and personal demons. She’s joined in the cast by Vinessa Shaw, Dermot Mulroney, and the great Udo Kier.

I had the pleasure of speaking with Carlson Young about The Blazing World, the challenges of filmmaking especially during a pandemic, and the dark influences behind her film, which opens on October 15th.