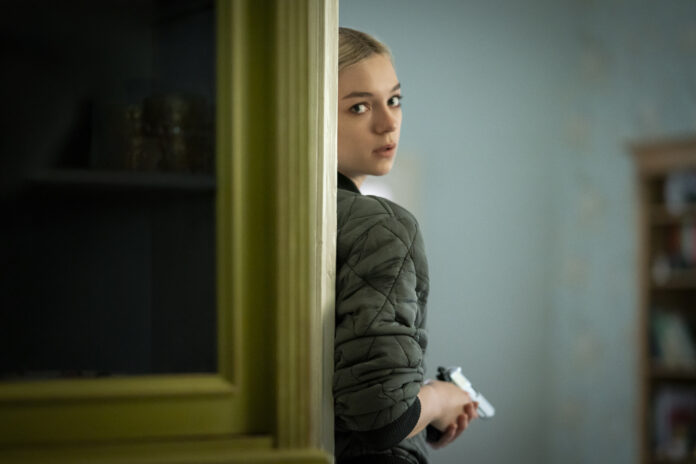 When Joe Wright’s terrific 2011 thriller Hanna was turned into a series by Amazon, there was good reason to be skeptical. The film earned critical acclaim, but mostly for star Saoirse Ronan. Would there be any draw to it with a totally different actress, Esmé Creed-Miles, as the title assassin? Turns out that yeah, there’s quite a bit of it, and as the show enters its third season a new teaser begins to shed light on what’s coming up.

First and foremost, Ray Liotta has joined the cast for season three as Gordon Evans, “a respected former military man and intelligence operative who wields incredible insider power. Evans sees himself as a visionary with a rigid moral code, a true patriot who will do what needs to be done to protect his country.”

So it looks as if Liotta will be steering clear of the mobster personas he’s portrayed so often, including in The Many Saints of Newark. Mireille Enos, Dermot Mulroney, Gianna Kiehl, and Áine Rose Daly all return, as well.

Here’s the season synopsis: “Season Three of Hanna continues the journey of an extraordinary young woman, played by Esmé Creed-Miles, who was created by the sinister organization Utrax and trained to be an assassin. Hanna (Creed-Miles) is now secretly trying to destroy Utrax from the inside and free herself from its grasp with the help of her previous nemesis, former CIA agent Marissa Wiegler (Mireille Enos). Together they have coerced high-ranking Utrax agent John Carmichael (Dermot Mulroney) into aiding their mission, but her fellow young assassins, Sandy (Áine Rose Daly) and Jules (Gianna Kiehl), and new foes are starting to suspect Hanna’s plot. As Hanna moves closer to her goal, she begins to uncover not only a world-changing agenda but the true power behind Utrax that stands between her and freedom.“