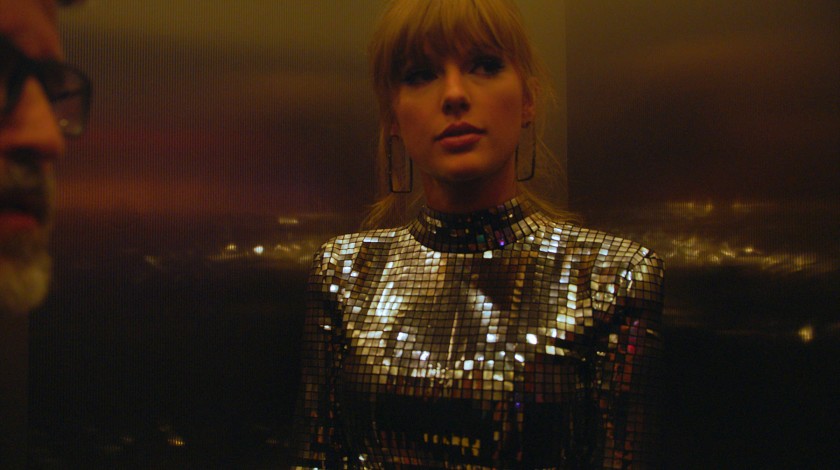 Reviewing a movie like Miss Americana is something that seems extremely difficult for me to do. Why is that? Because it is a documentary all about pop star Taylor Alison Swift. You might be thinking “So what?”. Well, in short, it is because that Swift herself has interacted with me on the internet a few times in the past, and has served as one of my all-time biggest inspirations. She is my idol.
For those who are unaware, in January 2015, I wrote a post on social media service Tumblr, opening up about my experiences with being bullied while attending school and in my life in general. In my post, I explained how Taylor Swift and her music genuinely helped me to overcome my bullies and to keep my head up high. I thanked Taylor for her music, her personality, and for just being her.
Never in a million years did I expect to get a response from her. “She is Taylor Swift”, I thought. She is a megastar. One of the most popular and influential celebrities in the world. But, much to my surprise and immense delight, she did exactly that. On January 23, 2015, just two days after my post went up, she posted a long reply just to me. I could not believe it. In the post, she supported me and comforted me and told me so much helpful advice. To this day, I still think about that post and how much it means to me. In that moment, I felt like Taylor was actually my friend, and that was the best feeling in the world.
But as I am a film critic, I have to be careful not to go into any movie with bias. No matter who is in it or what it is about. I may like Taylor Swift but I didn’t like Cats. So I went into Miss Americana careful not to just say it was great because it’s a movie all about Taylor and I love Taylor so it must be great. I had to watch the film under a critical viewpoint and so that is what I did. Now that I have seen it, I can happily report that it is the first truly amazing movie of the new year and the new decade. Finally, a great movie. It felt like one would never come. But alas, here we are.

Taylor Swift has never been more open and honest as she is in Miss Americana. As a lifelong fan of hers, watching this film was extremely eyeopening as I got to learn more about her personal life more than ever before. Even if you are not a fan of her or her music, I think this movie has something for everybody. It is a fascinating film, that, at its core, is a movie about a woman who, for her whole life, has been told she has to be restrained. She has to be the “nice girl” and she has to do and say whatever people want her to say. With Miss Americana, Taylor is finally saying enough of that. She is no longer going to be controlled by people. She is going to be who she is, and she is going to share her opinions and thoughts. Taylor Swift felt restrained for years. For her whole life, really. But now, she feels more alive than ever before. She feels like she finally has a voice, and she definitely does, and she wants to use it, which is so great.

Watching this story is so inspiring. Like I said, I truthfully feel like you don’t have to be a Taylor Swift fan to really enjoy this movie and get an amazing experience out of it. Not only is it an incredibly uplifting and feel-good movie, but it is one that is going to speak to a lot of people, especially her fan base. This movie is going to mean a lot to so many people and that is such an exciting thing.

Something that I never expected however, was the emotions I would be feeling. Miss Americana has some scenes that hit me so hard in my emotions and I never saw it coming in a million years. I don’t know why I didn’t see it coming either, to be honest. The film was being marketed as an open and honest film about Taylor and we would get to see her like we have never seen her before. Surely I should have expected something emotional to happen, but I just didn’t.

There is one scene in particular in the film that honestly left me with tears rolling down my face. It’s a genuinely sad and emotional scene that left me in complete and utter awe. Those who have already seen the movie probably know exactly what scene I am talking about.

Plus, it is terrifically directed by Lana Wilson, who has previously directed the two features After Tiller and The Departure. Her direction here is incredible and I truly hope she continues to make films because it is incredibly evident that she is a raw talent.

Something that I wished was different about Miss Americana was its running time. Clocking in at just eighty five minutes in length, it does feel like it’s over before you know it, and it would have been nice to have had the running time extended just a little bit, that way the film could have felt more grand as a whole.

It’s also a film that has some genuinely amazing editing. There are some moments where we will see behind the scenes footage of Taylor and her producers thinking of lyrics for new songs on her new album, and we will cut to her actually singing the final version of the song on stage. Edits like that feel powerful and bold and I loved it.

Also, yes, the music here is phenomenal, because almost all of the music used throughout the film is Taylor Swift’s music from various different albums. From the likes of Lover, Reputation, and even her self-titled debut studio album.

But, like I said earlier, this movie is not great solely because it has some of Taylor Swift’s best hit songs playing throughout. It is not great solely because it is a film all about Taylor Swift. It is great because it is an open, honest, raw, and emotionally powerful look at one of the world’s biggest celebrities. It’s an inspiring story of finding your voice and finally using it when you wanted to for your whole life. It brought me to tears and it will stick with me for an incredibly long time. It’s not just for Swifties, it’s for everybody.

Miss Americana is an emotionally powerful and raw look at Taylor Swift, and is an incredibly inspiring story of finding and using your voice.