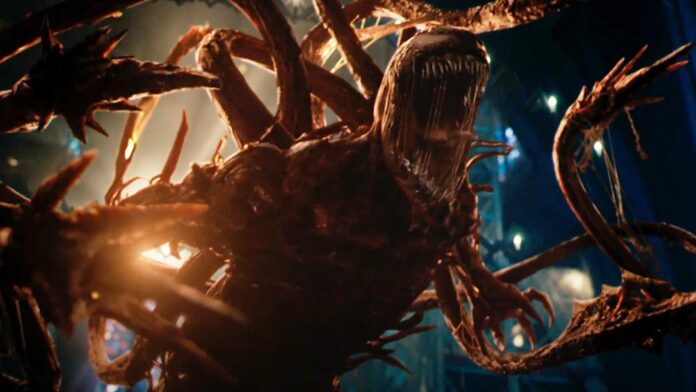 Critics be damned, Sony and Marvel’s Venom: Let There Be Carnage ate up the box office this week with a pandemic record $90.1M. That beats the previous record held by Black Widow, and even surpasses the opening weekend of Venom in 2018. That’s not too bad, especially right now, and validates Sony’s constant shuffling of its release date to avoid a streaming release. If anything, this proves theaters are becoming more of a safe way to open major studio films. And considering that whopper of a post-credits, interest in future Sony Spider-Man related movies will go through the roof.

The other big movie opening this week was another sequel, The Addams Family 2, which debuted with a surprising $18M, despite also being available on digital for about $20. It’s still less than the $30M bow of 2019’s The Addams Family, which also featured Oscar Isaac, Charlize Theron, and Chloe Grace Moretz as the creepy and kooky clan in animated form.

Warner Bros.’ The Sopranos prequel The Many Saints of Newark was an offer audiences were able to refuse. The film made just $5M in over 3100 theaters, and I have to imagine a large part of the reason is its simultaneous release on HBO Max, and the ease of the show’s audience, who watched it on TV years ago, to enjoy it at home.