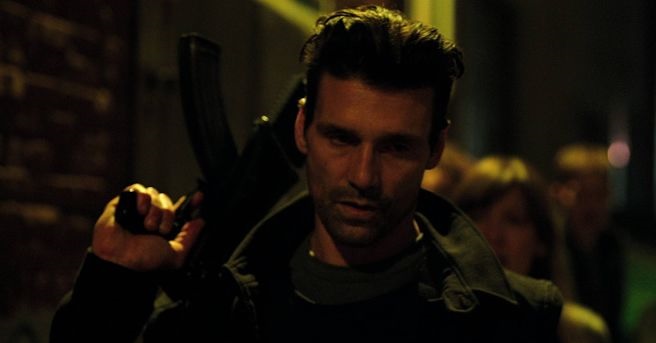 Everybody knows I’m a huge fan of The Purge franchise, and was depressed at the idea of The Forever Purge being its swan song. Don’t get me wrong; it was a totally well-earned and appropriate finale that brought its themes full-circle, but to me there was more politically-minded horror stories left to tell. Then creator James DeMonaco expressed a desire to do one more movie, and while he wasn’t sure it would happen, he wanted Frank Grillo to return as Leo Barnes.

Well, the votes are in and The Purge 6 is officially happening! Not only that, but Grillo confirmed to The Playlist that DeMonaco will direct and has already completed the script! Damn that was fast!

“Committed! We committed to doing that— ‘Purge 6’ with [James DeMonaco] directing,” said Grillo. “It’s based on the Leo Barnes character. I’m excited. He’s going to send me the script. He just finished it. So, yeah, I’m really psyched about that. I love doing the ‘Purge’ movies…I’m psyched, they called me and said James wanted to direct one more and I’m like, ‘Don’t even tell me. I’m in.’”

Grillo’s Leo Barnes character was featured in The Purge: Anarchy and The Purge: Election Year, but hasn’t been seen since. The franchise has taken a lot of narrative twists and turns, and in the last few films they moved away from the rebel underground storyline that Barnes was involved in.

All I know is I’m super pumped for this and what this storyline is that could bring DeMonaco and Grillo back.