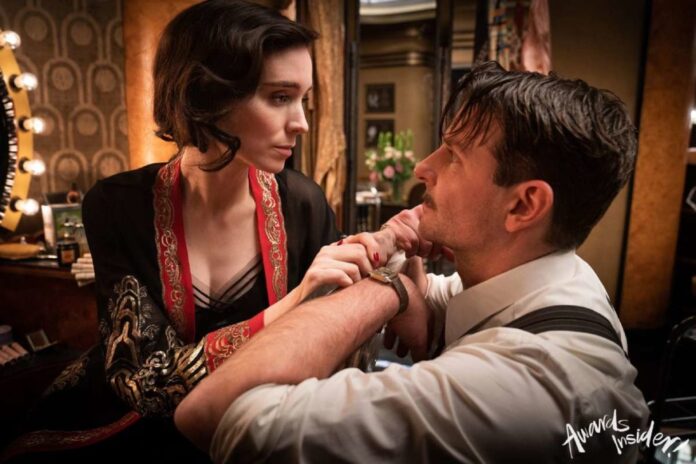 Four years have passed since Guillermo Del Toro’s Best Picture-winning merman romance The Shape of Water, perhaps the most unlikely Oscar winner ever? Anyway, in that time, Del Toro has been busy with another pet project, Nightmare Alley, a film noir featuring arguably the best cast he’s ever put together.

Bradley Cooper, Cate Blanchett, Willem Dafoe, Toni Collette, Richard Jenkins, Ron Perlman, Rooney Mara, Holt McCallany, Clifton Collins Jr., Tim Blake Nelson, Mary Steenburgen, and David Strathairn star in the film that Searchlight Pictures has pegged to be a major awards contender, and now we have the first official look. Damn, does it look gorgeous and strange in all of the ways we hope a Del Toro film to be. Just don’t go in expecting it to be horror…

“That is a distinct possibility,” del Toro told Vanity Fair about audiences getting the wrong idea about Nightmare Alley. “It has happened to me in the past with ‘Crimson Peak,’ where people went in expecting a horror movie. I knew it was a gothic romance but it was very difficult to put that across. But yes, this has no supernatural element. It’s based completely in a reality world. There is nothing fantastic. It’s a very different movie from my usual, but yes, the title and my name would create that [impression].”

Based on a 1940s novel that was adapted into a feature film in 1947, Nightmare Alley stars Cooper as Stan Carlisle, an ambitious and manipulative carny who hooks up with the dangerous Dr. Lilith Ritter (Blanchett), who is far worse than he thought.