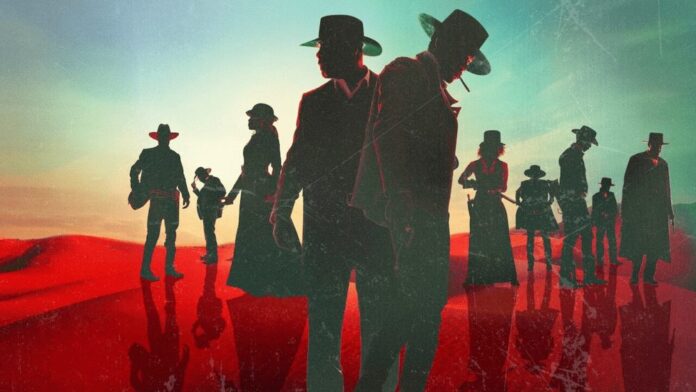 The timing is just right for The Harder They Fall to arrive. Many consider the Western genre to be the most American of all, and if that’s true then they should reflect the mood of the era. With an ensemble cast largely made up of Black actors, telling a stylish, real-life story of revenge and redemption, of a man most recently played by the late great Michael K. Williams, this moment couldn’t be more perfect.

“When outlaw Nat Love discovers that his enemy Rufus Buck is being released from prison, he rounds up his gang to track Rufus down and seek revenge. Those riding with him in this assured, righteously new school Western include his former love Stagecoach Mary, his right and left-hand men — hot-tempered Bill Pickett and fast drawing Jim Beckwourth—and a surprising adversary-turned-ally. Rufus Buck has his own fearsome crew, including ‘Treacherous’ Trudy Smith and Cherokee Bill, and they are not a group that knows how to lose.”

Jeymes Samuel makes his feature directing debut, having also co-written the script with Remember The Titans filmmaker Boaz Yakin. As if that wasn’t enough, the film was produced by Jay-Z, Tarantino pal Lawrence Bender, and Will Smith collaborator James Lassiter.

The Harder They Fall opens in theaters on October 22nd, followed by Netflix on November 3rd.