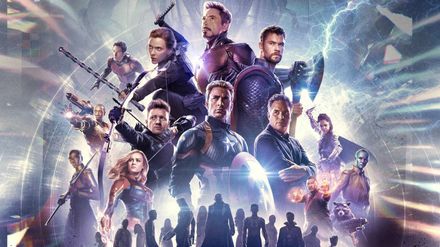 Man, I hope you’re not one of those people who is sick of Marvel. By the end of 2021 they will have released 31 movies and TV shows in all, and that’s just the beginning. According to recently promoted Marvel exec Victoria Alonso in an interview with 221 Radio, there are dozens of Marvel projects on the way. Geezus.

While talking about the future of Marvel Studios, Alonso revealed that 31 MCU projects are in the works. The comment came after the interviewer had suggested there were 35, and she was quick to make a correction…

I mean, Goddamn. Just off the top of my head I can think of Hawkeye, She-Hulk, Ms. Marvel, Moon Knight, Ironheart, Armor Wars, and Secret Invasion as series headed to Disney+. On the film side there are multiple sequels, plus a Fantastic Four movie and a Blade film. It’s not crazy to think Marvel has nearly three dozen projects coming up because why should any of this shit end? If the box office of Shang-Chi and relative success of Black Widow shows anything it’s that audiences have not tired of Marvel superheroes yet.