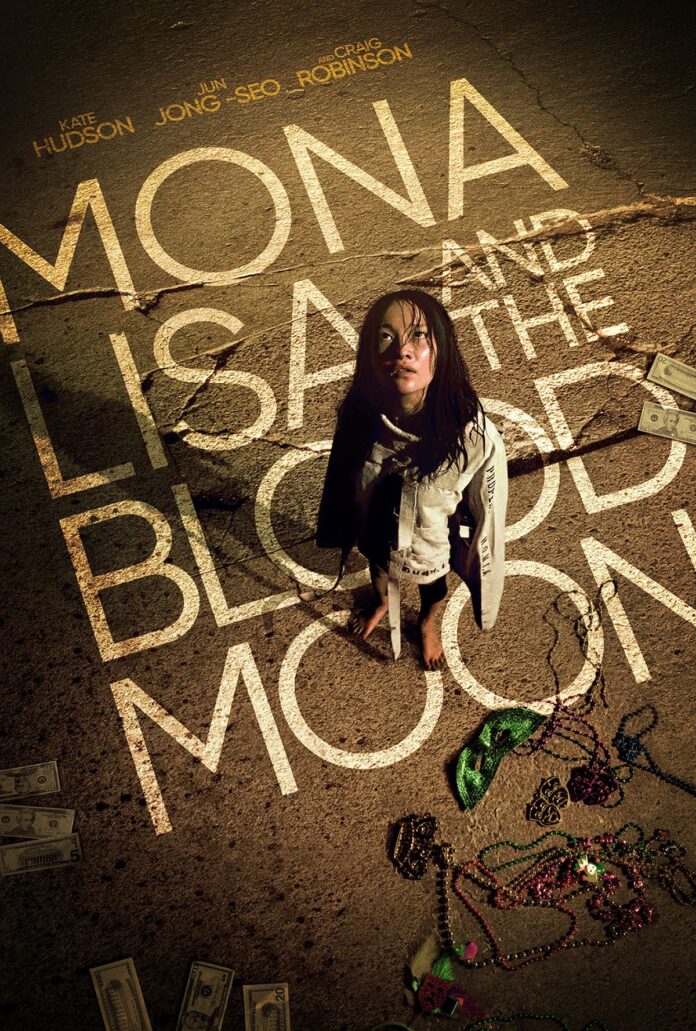 “With a full moon, I like feel it in my ovaries, I swear to god.”

Kate Hudson gets into some seriously weird shit in Mona Lisa and the Blood Moon, the latest film from Ana Lily Amirpour. If you know that name, then you aren’t the least bit surprised that her new movie takes a turn for the strange and surreal. Amirpour directed acclaimed 2014 vampire-western A Girl Walks Home Alone At Night, and the 2016 Jason Momoa cannibal flick The Bad Batch.

Opening in theaters and digital on September 30th, Mona Lisa and the Blood Moon stars Hudson as a struggling single mother who seeks to exploit for fast cash a strange young woman (Burning star Jun Jong-Seo) with superpowers who escaped from a mental institute. Craig Robinson plays the detective on their trail.

Also in the cast are Ed Skrein and Evan Whitten.

The film reunites Amirpour with Midsommar and Nobody cinematographer Pawel Pogorzelski. The two worked together on short film Ride It Out made during the pandemic.

Kate Hudson and Jun Jong Seo star in this mind-bending thriller from visionary director Ana Lily Amirpour (A Girl Walks Home Alone At Night). When a struggling single-mother (Hudson) befriends a mysterious mental institute escapee with supernatural powers (Jong Seo), she sees a lucrative opportunity to make some fast cash. But when they draw the attention of a detective (Craig Robinson), their luck starts to run out as the cops close in on their crime-spree.