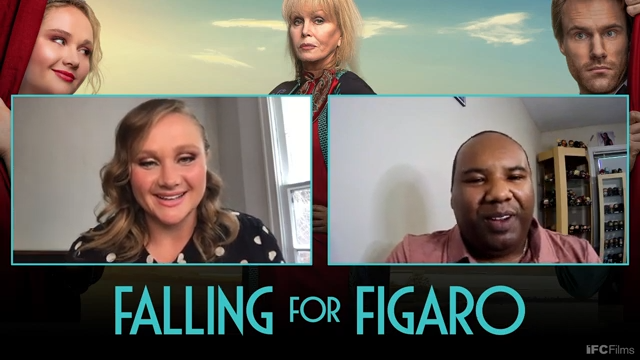 The first time I interviewed Danielle Macdonald it was four years ago after her star-making performance as an aspiring rapper in Patti Cake$, a film I absolutely loved. She’s come a long way since then and made a number of terrific movies, but she seems especially drawn to stories about underdogs who use music to achieve their dreams. From hip-hop to the sounds of Dolly Parton in Dumplin, Macdonald now takes on opera music with the romantic comedy Falling for Figaro.

In Falling for Figaro, Macdonald plays a fund manager who gives it all up to pursue her dream of becoming an opera singer. She stars alongside Ben Lewin, who plays a rival singer and possible love interest, and Joanna Lumley as an abrasive former opera star.

I had the chance to speak with Macdonald about Falling for Figaro, and once again she was a treat. We talked about her passion for this particular style of movie, her own musical influences, and what it was like starring in her first romantic comedy.

Falling for Figaro opens in theaters and VOD on October 1st. Check out the interview below and my review here!