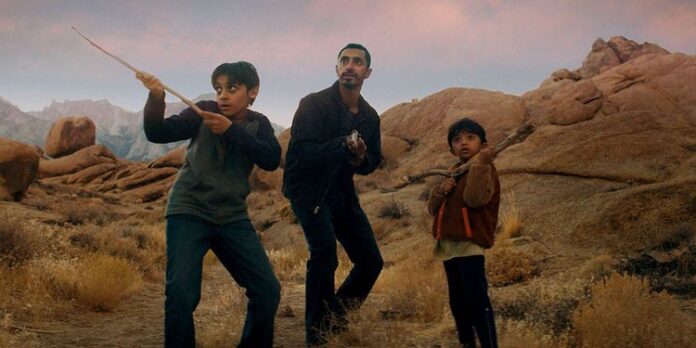 Riz Ahmed is still basking in the glow of his Oscar nomination for Sound of Metal, and the recent release of Mogul Mowgli which is earning praise, as well. But he’s still got more on the way that’s worth looking forward to. The sci-fi film Encounter recently hit at Telluride, and with a cast that also includes Octavia Spencer, Rory Cochrane, Lucian-River Chauhan, and Aditya Geddada it’s worth keeping an eye out for.

Amazon has debuted the first footage from Encounter (formerly titled Invasion), which stars Ahmed as a decorated Marine who enters the danger zone to protect his sons from an alien threat. The film is directed by Michael Pearce, best known for Beast, the 2017 film that introduced many people to Jessie Buckley. He’s also the filmmaker who has taken over HBO Max’s The Batman spinoff series, Gotham PD.