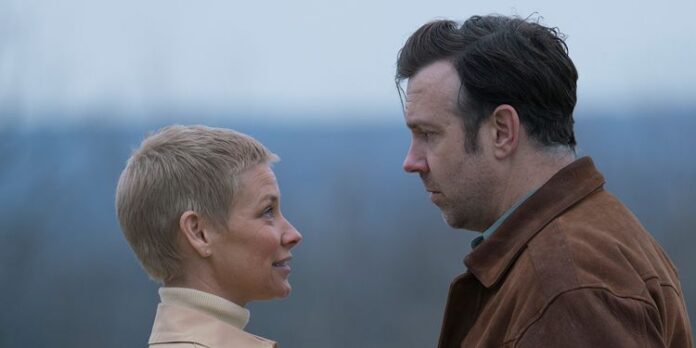 When your biggest role is that of Ted Lasso, the nicest, most hopeful guy on the damn planet, sometimes there’s a need to do something different. Jason Sudeikis gets that chance in South of Heaven, a new thriller that co-stars Evangeline Lilly, Shea Whigham, and Mike Colter.

In South of Heaven, Sudeikis plays a convict released on parole to spend time with his terminally ill girlfriend. He promises to make the final year of her life the happiest, but ends up roped back into the criminal underworld, facing his parole officer and a dangerous crime boss.

We’re so used to seeing Sudeikis as a charming optimist, with I guess the possible exception of Horrible Bosses, that it feels somewhat jarring to see him in this. We’ve never really seen him play intimidating, and I’m curious to see more than we get in this footage.

South of Heaven opens in theaters and VOD on October 8th.

Convicted felon Jimmy (Jason Sudeikis) gets early parole after serving twelve years for armed robbery. Upon his release he vows to give his girlfriend Annie (Evangeline Lilly), who is dying of cancer, the best last year of her life. But things are never that simple, and when he is given a “side job” from his parole officer (Shea Whigham), it sets off a series of events that leaves Jimmy in the crosshairs of a local crime boss (Mike Colter). Now, he must stop at nothing to save Annie and fight for whatever time they have left.