Things didn’t quite work out as planned for Christopher Nolan and the release of Tenet, the first major film to get chewed up by the pandemic. That didn’t stop him from becoming an opponent of the day-and-date release strategy, putting him at odds with his home studio, Warner Bros. So we can expect that his next project, which is being revealed today, will be someplace else.

Nolan will reportedly direct a movie about nuclear physicist J. Robert Oppenheimer, one of the men credited with the creation of the atomic bomb. Cillian Murphy, who has worked with Nolan on multiple projects including the Dark Knight trilogy, Inception, and Dunkirk, is reportedly involved, possibly in the lead role. Seems like a part perfect for him, honestly. 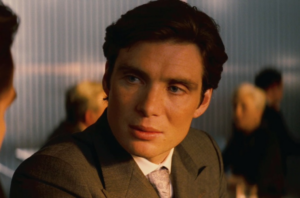 Variety reports that multiple studios have the script are considering an acquisition of the film. Universal and Sony could be in the mix, and I wonder if Nolan would consider a streaming outlet such as Netflix. Would he be more open to a straight streaming release if enough money were thrown his way? I doubt it, but money absolutely talks.

Nolan’s major beef with WarnerMedia is how they made the decision to release their films in theaters and HBO Max without consulting the filmmakers first. There could be room for reconciliation if Warner is open and honest with him, so we’ll just have to wait and see.