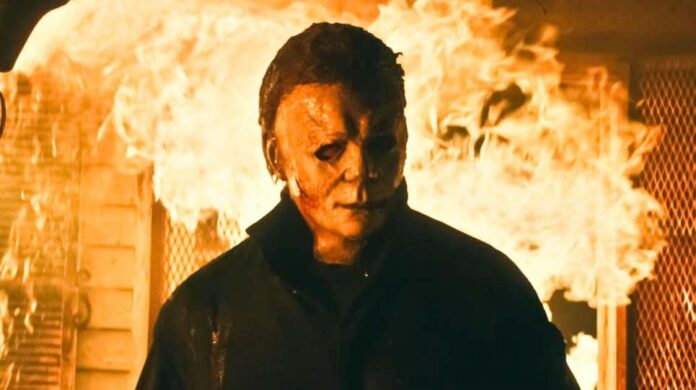 Michael Myers is coming to your home! After giving us the universally acclaimed Halloween in 2018, David Gordon Green’s sequel Halloween Kills debuted recently at Venice. The reviews were a bit mixed this time, and whether that has anything to do with this latest news I don’t know. But what we do know is that Universal has decided to released the anticipated slasher on Peacock at the same time it hits theaters on October 15th.

Halloween Kills, which returns Jamie Lee Curtis to the role of Laurie Strode, had its original October 2020 date disrupted by COVID-19. Universal pushed it back a year to maintain the holiday theme, with the final leg of the trilogy, Halloween Ends, arriving in 2022.

But I would argue that year has hurt the film, which had tremendous buzz off the strength of the first. And with the response in Venice being somewhat lukewarm, making the move to streaming might be a good way to get the momentum back. If audiences love it, the third film could be theater exclusive and be a smash.

SYNOPSIS: “Minutes after Laurie Strode (Curtis), her daughter Karen (Judy Greer), and granddaughter Allyson (Andi Matichak) left masked monster Michael Myers caged and burning in Laurie’s basement, Laurie is rushed to the hospital with life-threatening injuries, believing she finally killed her lifelong tormentor. But when Michael manages to free himself from Laurie’s trap, his ritual bloodbath resumes. As Laurie fights her pain and prepares to defend herself against him, she inspires all of Haddonfield to rise up against their unstoppable monster. The Strode women join a group of other survivors of Michael’s first rampage who decide to take matters into their own hands, forming a vigilante mob that sets out to hunt Michael down, once and for all.”