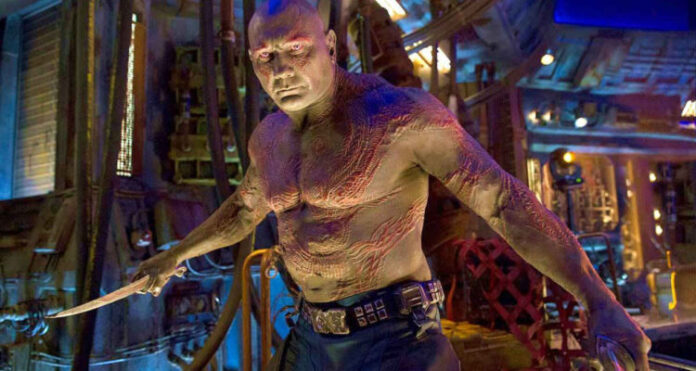 The guy who has benefitted the most from his time in the MCU is the most eager to leave it. Guardians of the Galaxy‘s Dave Bautista has made no secret of his eagerness to jet once his contract is up after Vol. 3, bringing his time as Drax to an end.

Bautista reiterated this “bittersweet” desire to leave once again to Comicbook.com. The actor and former WWE superstar got the biggest boost of his career thanks to Marvel, but with roles in Dune and Knives Out 2, he certainly doesn’t need them…

I still think you’ll see Bautista reconnect with Gunn, perhaps as Bane (?) in a Suicide Squad sequel or spinoff. Just a hunch.