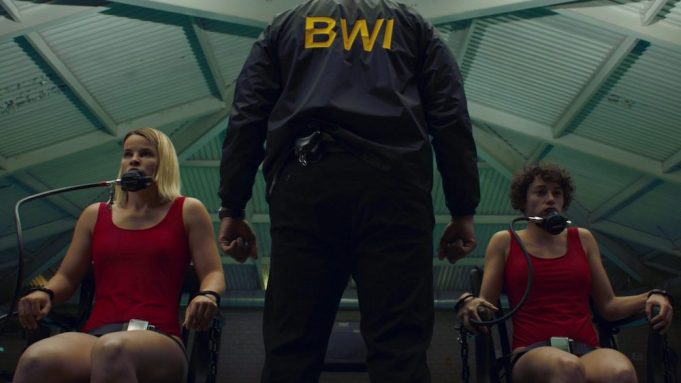 The Bureau of Witchcraft Investigations. It sounds like something ripped straight out of a Guillermo Del Toro movie or something. But in Elle Callahan’s modern cautionary tale Witch Hunt, it’s a branch of the government responsible for tracking down “suspicious activity”, which inevitably leads to young women displaying dangerous, magical powers that must be contained.

A real standout film at SXSW earlier this year, Witch Hunt stars Gideon Adlon, no stranger to the topic of occult teens thanks to her role in The Craft: Legacy. She plays Claire, a teen whose mother (Lost star Elizabeth Mitchell and a personal favorite) is part of an intricate underground network that keeps these endangered women safe. Claire doesn’t approve but may have to set aside her own beliefs to protect girls her own age who may not even understand these powers at their disposal.

Also in the cast are Abigail Cowen (Chilling Adventures of Sabrina), Echo Campbell, and Christian Camargo (The Hurt Locker).