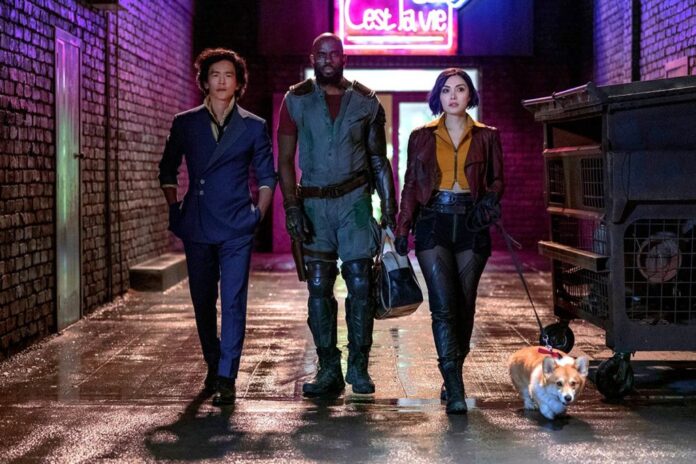 There have been some amazing promos for Netflix’s live-action Cowboy Bebop, but for fans of the hit anime who have been waiting so long, it couldn’t have been enough. Today, an actual first look at the series has arrived along with a release date of November 19th. After looking at these shots it can’t get here fast enough!

Take a look at John Cho in the iconic role of Spike Spiegel, the most charming and skilled bounty hunter in the galaxy. As you can see he’s also pretty damn suave, and has a heart of gold buried beneath a tragic backstory. We also see Mustafa Shakir as Jet Black, Spike’s best friend and captain of the Bebop. And my favorite casting of all, the gorgeous Daniella Pineda as Faye Valentine, a con-artist and one-time rival who joins the crew in hopes of recovering her lost memories.