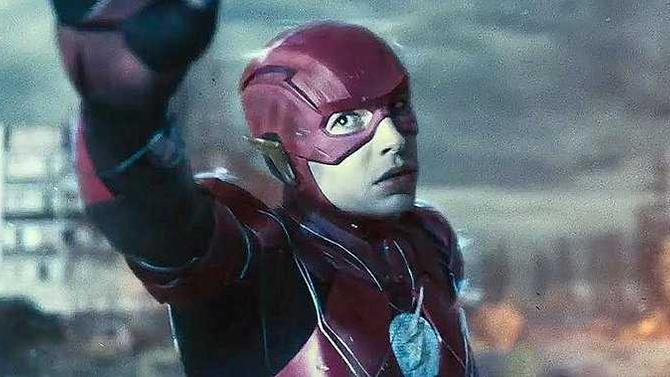 So there were a handful of moments at last night’s Oscar Night Viewing Party when the crowd audibly gasped in astonishment. You already know one, but two others came with the announcement of the Oscars Fan Favorite winners, voted on by fans. It was a complete shit show, and people were lost as to what the Hell happened. It’s not that hard to figure out. You give Zack Snyder and Johnny Depp fans an inch, and they’ll take a mile.

So the first *gasp* came when Zack Snyder’s Justice League, a film that isn’t itself eligible for anything, won #OscarsCheerMoment for the most cheer-worthy moment in movie history (!!!) for the scene when Barry Allen’s Flash entered the Speed Force. Truly a great moment in that movie, I believe, but the biggest cheer moment EVER??? It arguably wasn’t the best of the other contenders, which included Jennifer Hudson’s Dreamgirls “I’m not going” scene, all three Spider-Men swinging through the sky in Spider-Man: No Way Home, Neo’s bullet-time dodge in The Matrix, and Captain America’s “Avengers Assemble” in Avengers: Endgame.

The #RestoretheSnyderverse and #ReleasetheSnyderCut folks came out in force to support their guy and to put their stamp on this year’s Oscars. And they would do so again a little bit later.

That was when Snyder’s fans, who were unable to vote for Zack Snyder’s Justice League as the Oscars Fan Favorite award winner, instead chose the filmmaker’s zombie heist flick, Army of the Dead! That film certainly has its fans, myself included, but was it more popular than Spider-Man: No Way Home? No. Definitely not. Other contenders included Cinderella, tick tick…BOOM!, and…Minamata??? 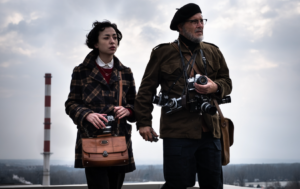 So yeah, Minamata. A lot of people had no idea what that was, either. That was the Johnny Depp film in which he played a journalist investigating an outbreak of Minamata disease in Japan. Few saw the well-reviewed drama, which begs the question how it was third in the fan voting?

Well, Depp has a massive following on social media who leap to his defense at every turn. It’s been this way since the actor became persona non grata following accusations by Amber Heard. We reviewed Minamata positively when it came out, and I feel pretty accurate in saying it was one of our most-read reviews. Everything with Depp does well. Same with Snyder. I’m not putting both men in the same category but they have deep and passionate fanbases.

I can’t believe the Academy will keep this fan voting for another year, at least not in this format. Something’s got to change otherwise this will quickly become a pattern.