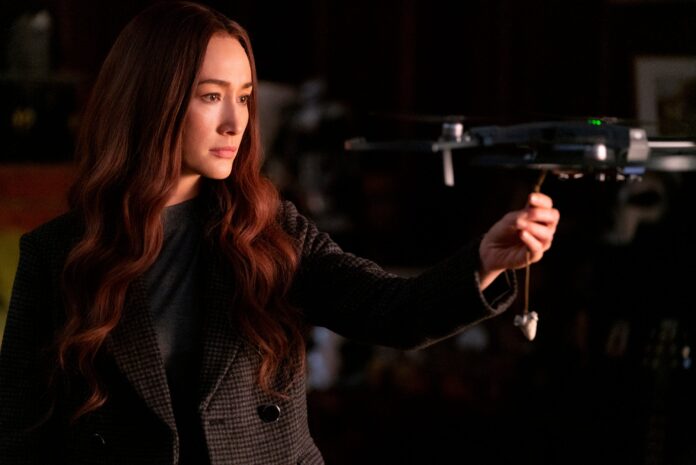 The genre of female-led assassin thrillers has undergone a transformation in the era of John Wick, superhero franchises and cinematic universes. So we get over-the-top (and still wildly enjoyable) efforts like Gunpowder Milkshake that shake up the formula long ago established by Luc Besson in films such as La Femme Nikita and its lesser American remake Point of No Return. But there’s something comforting about a film that embraces the well-established story beats and surrounds them with top level actors and guided by a veteran director who just knows his shit. That’s what The Protégé offers and it’s not to be missed.

The Protégé is a showcase film for star Maggie Q, who has been kicking ass on the big screen to the delight of American audiences since her breakout role in Mission: Impossible III, and latter role in the TV series version of Nikita. Like director Martin Campbell, who rebuilt the James Bond brand a couple of times with Goldeneye and Casino Royale, Maggie Q is a perfect fit for this familiar material. She’s always been one of those actresses you can’t peel your eyes away from, but here she gets to strut her stuff alongside a couple of true heavyweights in Samuel L. Jackson and Michael Keaton.

Opening in 1991, the film begins with world-class assassin Moody (Jackson), who finds that his latest targets have already been taken out by a blood-soaked girl who could easily have gotten the drop on him, too. Rather than kiling her, Moody takes her under his wing as a student, a totally classic trope of the genre that was successfully seen in Besson’s The Professional. Years later, that girl, Anna (Q) is more of a peer than a student.  Their interplay is fun, kinetic, and tinged with a bit of remorse (Moody is ill from some unspecified sickness) and self-righteousness. She respects Moody and he respects Anna, despite all of their jabs at one another.

When an investigation into a mysterious figure from the past gets Moody killed, Anna is out for revenge. But she also has a book store to run (it’s her passion), and it’s there that she meets Rembrandt (Keaton), a suave fixer who immediately takes a liking to Anna. Of course, he’s tied up in this mess, too, so there’s a back and forth about whether the two should be lovers, or one another’s killer.

The Protege doesn’t deviate from what fans of these kinds of movies will expect, and that’s perfectly alright. What few bells and whistles there are provide all the necessary punch it needs. Hit-woman movies tend to be dark and brooding, emanating from a place of grim tragedy, but Anna never comes across that way. She’s confident and forceful, and more than a match for the suave and sophisticated Rembrandt. And yes, Keaton is nearly 30 years older than Q but he’s still got it, and the two crackle with passion when together. They make a red-hot pair, dare I say it, reminding me of Pierce Brosnan and Rene Russo in The Thomas Crown Affair.

Campbell shoots his action effectively so there’s no confusion about anything that’s going on, a much trickier thing than you might think. While we’re not talking about the bravura, balletic gun-fu of John Wick, it does have that calculated elegance we’ve come to expect from James Bond. Of course, Maggie Q is one of the most credible action stars around and she makes everything look amazing. She radiates with such strength that you believe everything she does. She walks into swanky restaurant and commands your attention; she kicks the snot out of some goon and you feel bad that he ever thought he could stop her in the first place. Not everything works. A journey back to Anna’s home country doesn’t have the emotional “coming home” impact the screenplay wishes it did, mainly because her character simply isn’t built to be bogged down in the past. She’s got a job to do, and we love her for stopping at nothing to see it through.

The Protégé isn’t looking to break the mold, and that’s fine. This is a killer flick that fans of this genre will love and appreciate, while those who are less familiar will also feel right at home.