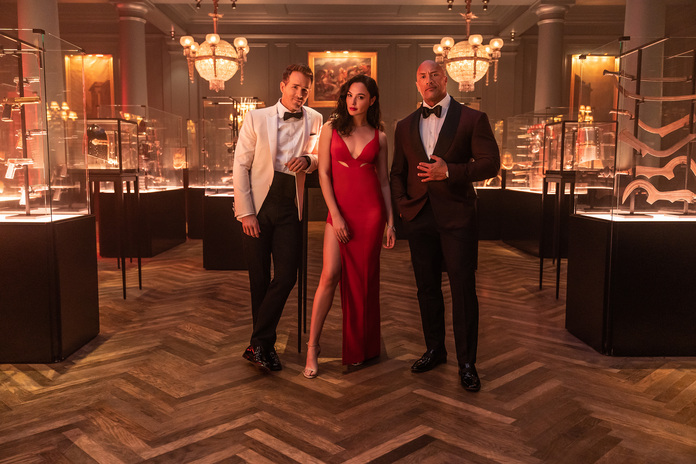 Netflix is known for throwing big money around, but Red Notice? They threw more money getting that blockbuster film made than anything else in the streamer’s history. And you can see why with a cast led by the incredible trio of Dwayne Johnson, Gal Gadot, and Ryan Reynolds. The number of hit franchises they’ve all been a part of speak for themselves, and now Netflix has set a date for when we can see them team up for the first time.

Red Notice will hit Netflix on November 12th. That’s around the same time that Netflix dropped one of their biggest films ever, Bird Box, and the expectation is this will do even better.

To coincide with the news, Netflix has also revealed a new image showing the starry trio looking suave as Hell. All three tweeted about the info, as well, with Reynolds having something funny to say, naturally.

True story. They made my entire tuxedo out of one of @TheRock’s socks.

Also, true… #RedNotice has a release date of Nov. 12th on @Netflix.

Let me just put this here.
I Can’t wait for you to see this. @Netflix biggest movie #REDNOTICE premiering Nov.12th!
Thank you @RawsonThurber for bringing me onto this project. being able to work with my friends @VancityReynolds & @TheRock was the icing on the cake. pic.twitter.com/4GzJpbR2Wy