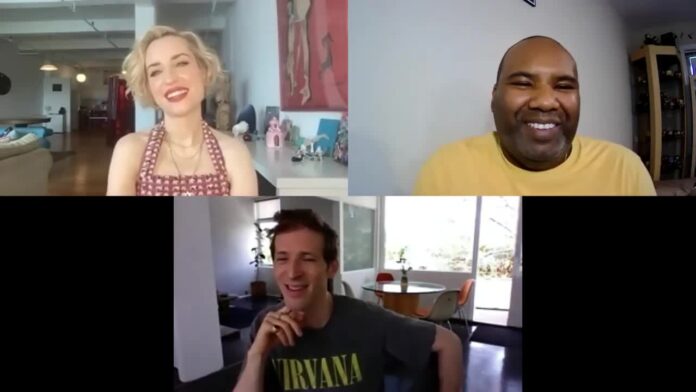 How it Ends is not your typical movie about the end of the world. But then, when the filmmakers are Zoe Lister-Jones and Daryl Wein, why would you ever want it to be? Whether working together or separate, Lister-Jones and Wein have found humor in exploring the human relationships in films such as Lola Versus, Breaking Upwards, and a personal favorite, Band Aid.

How it Ends turns some of that focus inward, as Lister-Jones plays Liza, who journeys through a mostly-empty Los Angeles alongside the embodiment of her younger self played by Cailee Spaeny. Oh, and it’s the day before the world comes to an end. It sounds like a downer, but as Liza encounters the people who were important to her; friends, family, exes, there’s humor in the attempts to patch things up and finally get this life thing right for the first time.

I had the chance to talk with Zoe Lister-Jones and Daryl Wein about How it Ends. The film was shot last year during the pandemic, which caused a number of challenges, not the least of which was gathering the starry cast that includes Olivia Wilde, Fred Armisen, Helen Hunt, and many others. This was a lot of fun, and I hope you’ll check it out.

How it Ends is available in theaters and VOD now. Check out my review here and the interview below.