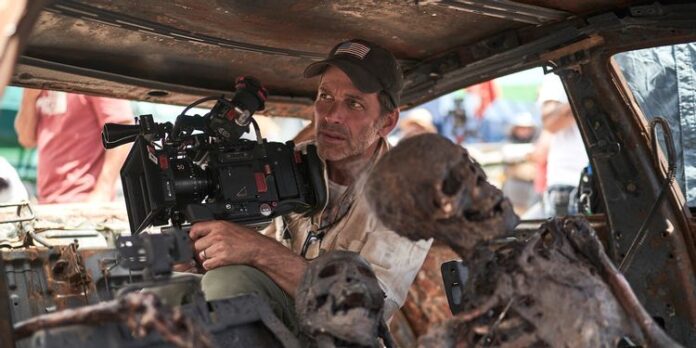 When news broke that Zack Snyder would followup his hit Army of the Dead with another Netflix joint, Rebel Moon, we speculated this as the start of a long working relationship. And that has become a reality as Snyder’s Stone Quarry Productions has inked a first-look deal with the streamer that should keep him there for quite a while.

THR has the news on Snyder and Netflix making their partnership official. The news to emerge from this is that Snyder is officially moving forward on Army of the Dead 2, which he’ll start with writer Shay Hatten once Rebel Moon is completed. Rebel Moon, which is expected to shoot in 2022, is the sci-fi samurai flick based on one of his old Star Wars ideas.

Meanwhile, Snyder’s presence on Netflix is growing. Not only is an Army of the Dead sequel on the way, but there’s the prequel film Army of Thieves, as well as an animated prequel series Lost Vegas. Also, the plan for Rebel Moon is for that to have multiple projects attached to it, as well.

So where does an Army of the Dead sequel go? Perhaps to Area 51 as teased in the first movie?