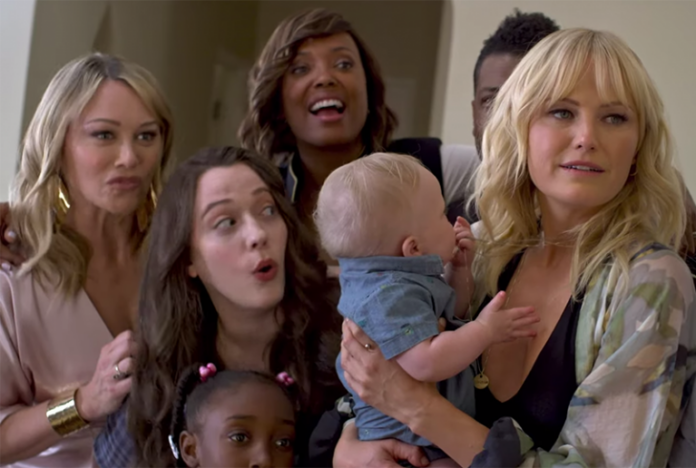 Who doesn’t love a good Thanksgiving comedy? They’re just like Christmas movies only the tree gets replaced by a turkey and stuffing. But the same old family and friendship squabbles get amplified during the holiday, and that’s the gist of the upcoming comedy, Friendsgiving, which boasts a cast full of really funny people.

Malin Akerman, Kat Dennings, Aisha Tyler, Chelsea Peretti, Christine Taylor, Jane Seymour, Deon Cole, Ryan Hansen, and Wanda Sykes star in Friendsgiving, with Ben Stiller on board as a producer. The film marks the directorial debut of writer Nicole Paone, who tells the story of best friends Abby and Molly, whose plans of a laid-back Thanksgiving go up in smoke the way these things are wont to do.

SYNOPSIS: Abby is looking forward to a laid-back Thanksgiving with her best friend Molly. But the friends’ plans for a quiet turkey dinner go up in smoke when they’re joined by Molly’s new boyfriend and her flamboyant mother. Throw in some party crashers including Molly’s old flame, a wannabe shaman, and a trio of Fairy Gay Mothers, and it’s a recipe for a comically chaotic holiday no one will ever forget—even if they wanted to!