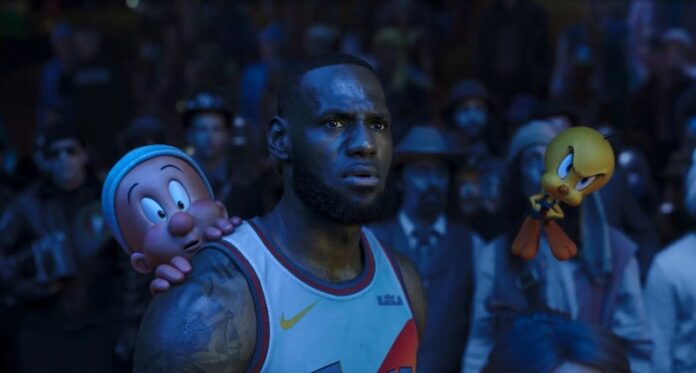 LeBron James and Bugs Bunny ran Black Widow off the court this week, as Space Jam: A New Legacy opened with $31.6M domestic, and a worldwide haul of $54M.  That’s, honestly, not an amazing number, especially for a family-friendly animated movie fronted by the NBA’s top star, but it’s pretty good for the era we’re in. Basically, the number is the same as Michael Jordan’s Space Jam in 1996, but at a much higher cost at $150M. Of course, there’s also the HBO Max component which kept numbers down, and I wonder how Warner Bros. is evaluating the decisMarvion to release films in theaters and streaming. Overall, critical reviews weren’t great, although I dug it, but audiences loved it.

Marvel’s Black Widow had the biggest drop ever for an MCU film, falling 67% for $26M and a domestic $132M. Worldwide, it has reached $232M and shouldn’t have to worry about being the lowest grossing Marvel title, which is currently 2008’s The Incredible Hulk with just $264M globally. Hard to believe there was ever such a time, right?

The other big release this week was Escape Room: Tournament of Champions, a sequel to 2019’s surprising hit puzzle horror. That film went on to earn $55M domestic and $157M worldwide, so the follow-up’s $8.8M start isn’t even close. But these movies are on the cheap, the first cost $9M while this one just $15M, so it won’t take much to get in the black. I genuinely like this franchise, too, even if this film wasn’t as successful as the first. I think Sony is going to keep investing in this for the long haul.

The Anthony Bourdain doc Roadrunner did extremely well in just 927 theaters, earning $1.9M. Documentaries are a tough sell but director Morgan Neville just has the touch. He’s scored box office hits previously with 20 Feet from Stardom, Best of Enemies, and his biggest, Won’t You Be My Neighbor? which earned $22M in 2018.

Earning some of the best reviews of Nicolas Cage’s recent career, and his biggest number for a theatrical release in nearly a decade, Pig cracked the top 10 with $945K. This truly great film, which sounds ridiculous as it deals with a former chef-turned-vagrant on the hunt for his truffle pig, is more along the lines of Joe than Mandy or Willy’s Wonderland.