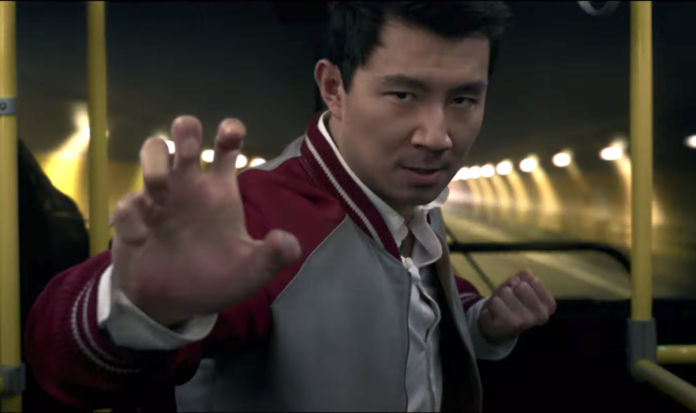 Disney has taken some heat for not having Black Widow be a theatrical exclusive when theaters were so badly looking to rebound. And now we see that removing the Disney+ option is all the incentive audiences need to pony up for a ticket. Shang-Chi and the Legend of the Ten Rings, Marvel Studios’ first major Asian-American superhero, opened with a Fri-Sun $71.4M, upped to $83.5M when Labor Day is factored in. Worldwide, the film has totaled $1397M. I’m sure some of that has to do with the casting, which includes Awkwafina, Michelle Yeoh, Hong Kong superstar Tony Leung, and newcomer Simu Liu who fans genuinely like as the Master of Kung Fu. Put into larger context, Disney is making up for lost ground with their last few releases, not just Black Widow but also Jungle Cruise and Free Guy, which are dominating the top 10.

Nia DaCosta and Jordan Peele’s Candyman fared better than most horrors, only falling 52% in its second weekend for $10.5M and $39M total.

Despite lower than anticipated numbers at home, Black Widow has $372M worldwide. Still a far cry from what else