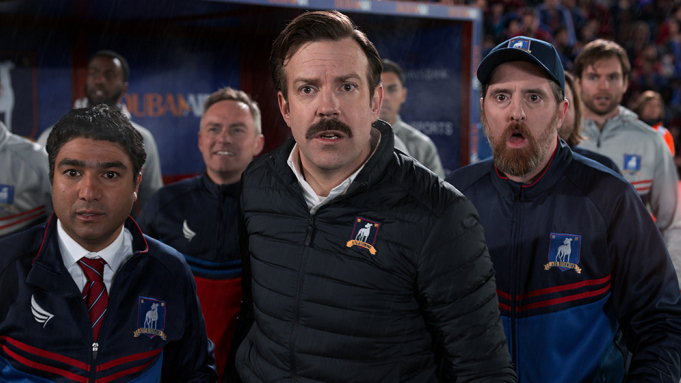 Ted Lasso emerged out of nowhere as arguably the greatest critical success for Apple TV+, a surprise given the Jason Sudeikis character’s humble beginnings for a commercial. And while the show certainly went above and beyond expectations for season one, winning multiple awards including a Golden Globe for Sudeikis, the real pressure comes now with season two.

Sudeikis is back as the overly optimistic Ted Lasso, the American football coach struggling to get his team AFC Richmond over the hump. They didn’t quite get there at the end of last season and got demoted for it, which leaves plenty of room for them to finally win the big match this time. Or perhaps not?

The previous cast returns including Juno Temple, Hannah Waddington, Jeremy Swift, and Brett Goldstein, while Sarah Niles joins as the new team psychologist who doesn’t appear to be a fan of Lasso’s.