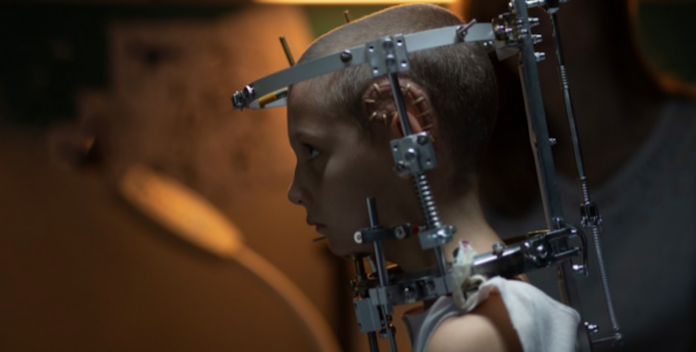 Perhaps no studio has done a better job of taking international films by foreign auteurs and turning them into domestic hits than Neon. They’re hoping to have found their next Parasite or Portrait of a Lady on Fire with the latest film from Julia Ducournau. Titane is her follow-up to the critically-acclaimed 2017 horror Raw, and it too is bound for a Cannes premiere.

Starring Agathe Rousselle and Vincent Lindon, Titane comes with an extremely vague synopsis that tells you nothing about the story, which is about the sudden return of a long-lost child and how that ends up becoming a nightmare.

TITANE: A metal highly resistant to heat and corrosion, with high tensile strength alloys, often used in medical prostheses due to its pronounced biocompatibility.

Here’s a more detailed description from Cineuropa, although this may have changed in the past year:

“Written by the director, the script opens on an airport where custom inspectors pick up a young man with a bruised face. He claims his name to be Adrien Legrand, a child who disappeared ten years ago. For Vincent, his father, this marks the end of a long nightmare, and he brings him home. Simultaneously, a series of gruesome murders places the region under pressure. Alexia, model in a car showroom, has all the characteristics of the ideal victim…”

Titane will premiere at Cannes in July. Check out the teaser below!