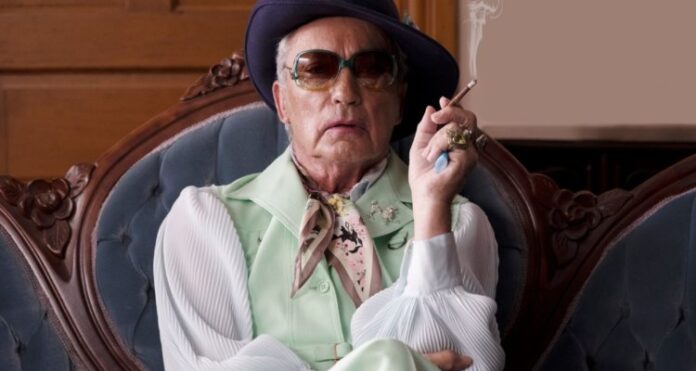 Legendary German actor Udo Kier has had one Hell of a weird career. Many of the great auteurs seek out his eccentric talents on the regular, leading to a prolific run of over 200 starring and supporting big screen roles. He’s worked with everyone from Gus Van Sant, Werner Herzog, Lars von Trier, and many more, while also stealing scenes in movies for up and coming directors. But true shots at the spotlight are rare, and filmmaker Todd Stephens (Another Gay Movie) has afforded Kier one in his latest, Swan Song, which premiered at the SXSW Film Festival.

The film is as bizarre as Kier himself, centering on a flamboyant ex-hairdresser who takes a long walk across town to style the hair of an old client for her funeral. Kier is joined in the cast by Jennifer Coolidge, Linda Evans, Michael Urie, Ira Hawkins, and Stephanie McVay, a real showcase for character actors. .

Swan Song is opening in theaters on August 6th, followed by VOD a week later.

SWAN SONG follows retired hairdresser and local bar performer icon Pat Pitsenbarger (Kier), who has given up on life from the confines of his small-town Sandusky, Ohio, nursing home. But when Pat gets word that a former client’s dying wish was for him to style her final hairdo, he sets out on an epic journey across Sandusky to confront the ghosts of his past – and collect the beauty supplies necessary for the job. SWAN SONG is a comical and bittersweet journey about rediscovering oneself and looking gorgeous while doing so.