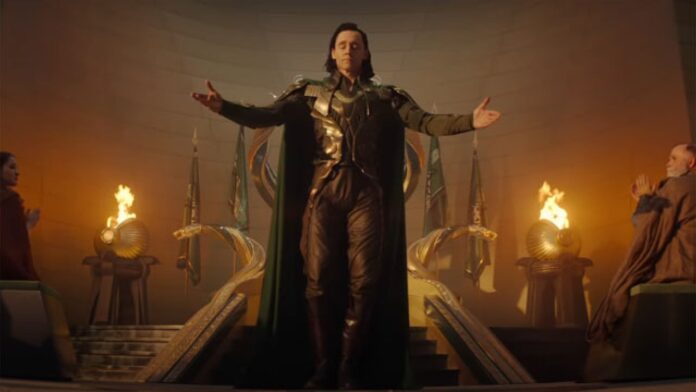 Can you believe it? We’re at the halfway point of Loki already, and as is usually the case, Marvel has dropped a midseason trailer to celebrate. Some of these tend to look like recaps, but this one offers something pretty interesting for the final few episodes.

The big event that we see involves the arrests of Loki (Tom Hiddleston) and Sylvie (Sophia De Martino), both variants, by the Time Variance Authority. So I guess we can assume they survive the events of Episode 3, where they are trapped on the planet Lamentis-1 as it’s set to be obliterated. We also see what looks to be a younger version of Loki, which I’m guessing will fuel some speculation that one of the results of this series is the emergence of Kid Loki.

We still haven’t seen Richard E. Grant’s character yet, or am I wrong? My guess is that he will eventually voice the Time Keepers, who may not be as benevolent as they’ve been led to be.

SYNOPSIS: Watch Loki—the imperious God of Mischief—who, after absconding with the Tesseract, is a fish-out-of-water when he lands in a world of trouble with the bureaucratic TVA (Time Variance Authority) in the brand-new trailer for Marvel Studios’ “Loki.”

New episodes of Loki debut every Wednesday on Disney+.