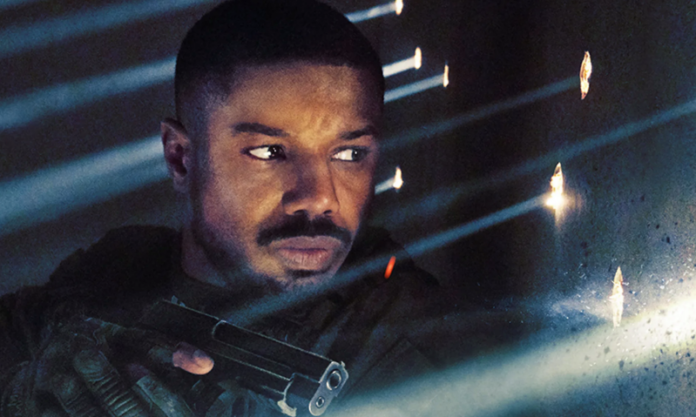 If you’re a fan of Tom Clancy, and millions of people (mostly men, let’s be real) love his franchise of shady government conspiracy, military thriller novels. The two most popular characters he’s created are Jack Ryan, who has already been in a series of hit movies and now has John Krasinski playing him in an Amazon series; and John Clark aka John Kelly, the “dark side” to Clancy’s stories in the way that makes the title Without Remorse very appropriate.

In the works for years, most recently with Kevin Costner attached during the Chris Pine/Jack Ryan: Shadow Recruit era, Without Remorse now has Michael B. Jordan in the lead role, and his charismatic, old-school action hero approach is what makes you want this to be the start of a long-running franchise.

While some have decried that Without Remorse isn’t like your typical Clancy film, it’s also meant to be an origin story. Clark is a badass killer, a Navy SEAL whose team takes on a murky mission involving Russian targets. Fed some shaky intel by suspicious CIA agent Ritter (Jamie Bell), Clark is none too happy about being misled and potentially starting all-out war with Russia. Taking its cues straight out of the Commando playbook, Clark and his men find themselves targeted by assassins. But when they come after Clark in his own home, he survives multiple gunshot wounds. However, his pregnant wife (Lauren London) isn’t so lucky. Uh oh, revenge time!

Directed by Stefano Sollima, a reunion with Sicario: Day of the Soldado writer Taylor Sheridan (working with co-writer Will Staples), Without Remorse is a straight-ahead revenge movie, and probably doesn’t need to be affiliated with the Clancy-verse at all. The conspiracy aspects are mostly undercooked, with Clark pulled in many different directions by Ritter and Secretary of Defense Clay (Guy Pearce). But there isn’t much tension in that aspect of the story, unusual for Sheridan whose scripts traffic in that stuff to tremendous effect.

In a surprise to absolutely nobody, Jordan attacks the role like a superstar. He’s absolutely electric with raw charisma, making Clark an absolute powder keg primed to blow up. There’s a tremendous close-quarters fight against prison guards that reminded me of Captain America’s elevator battle in The Winter Soldier, or like a scene out of The Raid. I just wish there was more like that! When the momentum slows down, and Clark has to deal with the consequences of his actions and those of the people around him, Jordan has us believing in the swirl of rage and despair within him.

There are other solid sequences, as well, but I’d be lying if I said Sollima is a great action movie director.  Like Sicario 2, his work is good enough but doesn’t take it to the next level. The final act, a fast-paced kill/escape sequence set against a ticking clock scenario, feels like it should have come earlier in the movie where it could have led to something much bigger.

Surrounding Jordan is a stellar cast with little to do. Bell oversells Ritter’s shadiness, while his role might have been better suited for Pearce who has played morally dubious characters so much he could do it in his sleep. The other key role went to Queen & Slim breakout Jodie Turner-Smith as his SEAL commander and best friend Karen Greer. While Turner-Smith is a good actress with tons of screen presence, she just commands your attention, she’s curiously downbeat and her scenes drag when you just want to see Jordan leap back onto the path of vengeance.

Without Remorse is meant to be the launch of a franchise and here’s hoping we get to see it. If nothing else, the film makes us want to see Jordan in a sequel (be sure to check out the mid-credits!) that steps up the action and really shows what he can. As someone who grew up in the age of Stallone, Schwarzenegger, and Norris, I can appreciate a revenge movie that is focused on its  star and not much else. That’s what Without Remorse is, and if you’re a fan of Jordan and want to see what he can do as the toughest of Clancy’s badasses, tuning in to Amazon Prime will be worth it.