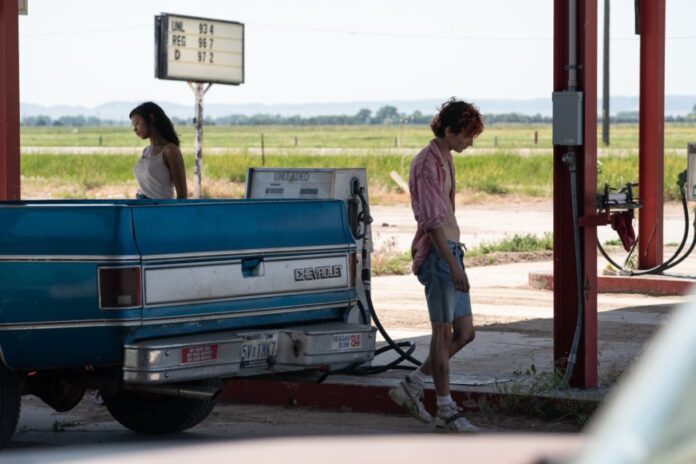 Those calling for a Call Me By Your Name sequel? Those calls are going to go unanswered, I’m afraid. However, if it’s a reunion between director Luca Guadagnino and star TimothéeChalamet that you want, then take a look at the upcoming film Bones and All which Deadline has just revealed the first image to.

Shooting on Bones and All is underway now, and Guadagnino has revealed a shot of Chalamet along with Waves and Escape Room star Taylor Russell. The film is described as a horror/love story following two young lovers as they travel across Reagan-era America.

It was just four years ago that Chalamet broke out with Guadagnino’s Call Me By Your Name. He was a discovery then, and now Chalamet’s one of the most sought-after actors in the world. Russell is herself a rising star, and I can’t wait to see what these two can do together under Guadagnino’s guidance.

Bones and All will likely open in 2022, but I wouldn’t be surprised at a festival premiere first.