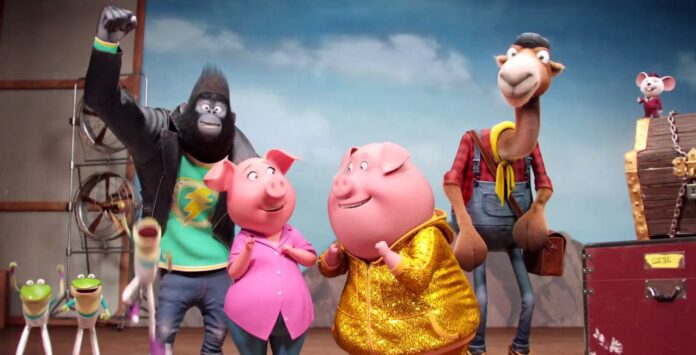 Like any true musical act, the second tour is bigger than the first. Illumination’s Sing was a huge $600M hit in 2016, giving the studio another franchise to join Despicable Me and Minions. This Christmas brings the arrival of Sing 2, which boasts more talented singing animals, more songs, and Bono as a rock legend who also happens to be a lion.

McConaughey returns as Buster Moon, who wants to put on an even bigger show in the city with all of his newly-discovered friends and stars, but he’ll need a real showstopper of an act to do it.  Buster will need to find a way to convince the reclusive Clay Calloway out of his self-imposed exile.

Garth Jennings, who wrote and directed the first film, is doing an encore on this one. He even has a voice role as Miss Crawley.

Sing 2 has bounced around the schedule, partly due to COVID-19 but also Universal’s decision to set Minions: The Rise of Gru for the month of July. The sequel will now open in theaters on December 22nd. Check out the trailer below and a batch of new character posters.