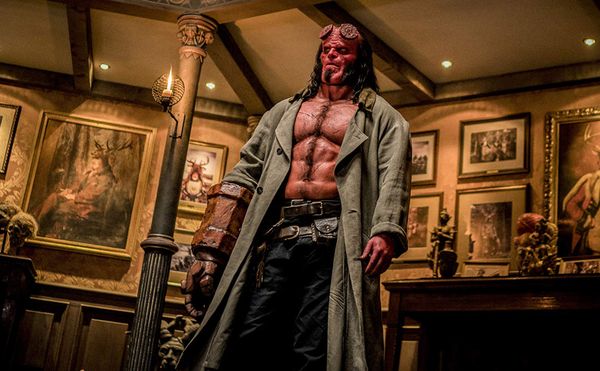 This is going to come as a shock, so get ready. Sitting down? Good. Okay…there’s not going to be a Hellboy sequel. I know! Who’da thunkit? Apparently, the $21M (!!!) it earned for the totality of its theatrical run simply wasn’t enough for Lionsgate, and the litany of harsh reviews couldn’t have helped. But just in case some fan out there holds out some hope, here’s star David Harbour to drive a sword straight through it.

“I don’t think there’ll be much of a light,” Harbour tells Comicbook.com. “There’s a lot of people who reach out to me who really loved it and really enjoyed the new take, and were just happy to see him back on the screen, but I know in the culture at large, I don’t think it was very well received.”

He continued, “I don’t think it made a lot of money. I don’t really keep up with those things too much to be honest, but I don’t think the perception was that it was a hit, and so in that way, I don’t know that the risk is worth it. I think the idea is to move on. The producers spoke to me just saying ‘Great job,’ they really liked what I did, but I haven’t heard anything about a sequel, and I’m not hanging my hat on anything like that.”


Well, we know he keeps up with it enough to blame Marvel for the movie’s failure, not his own on-set actions that helped derail production.  Whatever. Hellboy is likely dead for a long time. I doubt it’s gone for good. Somebody will come back in a few years with a new take on the popular comic book hero, and who knows? Maybe it’ll reach a more receptive audience the next time.