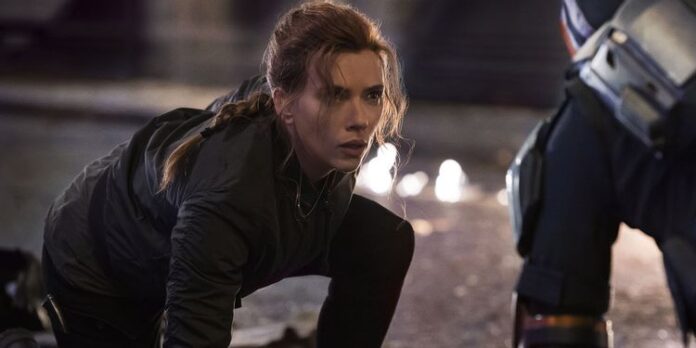 The wait for Black Widow is almost over. It’s hard to believe we’ve seen so much from Marvel in recent months and yet this will be the first movie as part of Phase 4. And as part of welcoming fans back to theaters, Marvel Studios is giving a little something extra to those who choose to see the film in IMAX.

IMAX and Marvel Studios have announced that Black Widow will debut with 22 minutes of select scenes in IMAX exclusive expanded aspect ratio. So we’re going to see even more of Natasha Romanoff flipping and shooting and posing and grappling and all that good stuff the super spy Avenger is known for. Up to 26% more of the onscreen image will be available, and IMAX given us a look at the difference that will make. 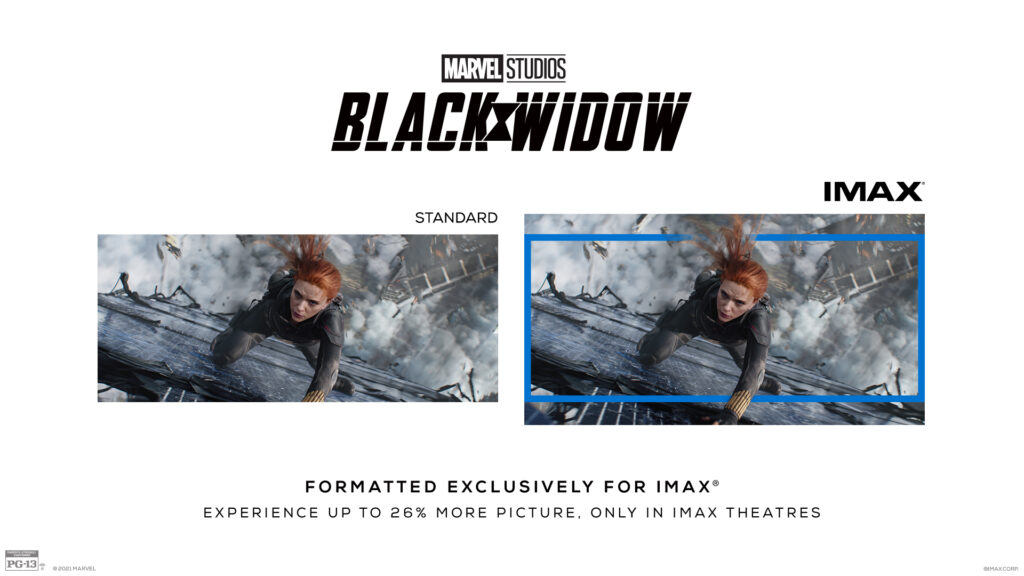 Here’s a description of the technical stuff:

Aspect ratio is the technical term for the proportional relationship between an image’s width and height. Most films are presented in an aspect ratio called CinemaScope (2.40:1) which is why they appear very wide but not very high. IMAX provides filmmakers with the ability to use an expanded aspect ratio – allowing them to use more of the original image. Watching a film with an expanded aspect ratio provides audiences with a full immersive view that fills the peripheral vision more than any other cinematic experience.