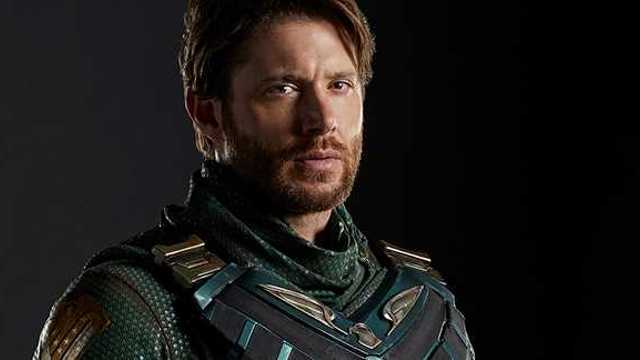 My love of Supernatural is well documented on this site, especially if you’ve been checking out our weekly podcast, Cinema Royale (you have, haven’t you?). Jensen Ackles, who’s spent the last 15 years playing Dean Winchester on that amazing piece of entertainment, is up to bat on his next big project. Ackles will be playing Soldier Boy on Season 3 of the hit Amazon series The Boys. For the uninitiated, Soldier Boy is like a Bizarro world Captain America. One of the first “Supes” created by Vought, he fought in World War 2 and has pretty much all of Steve Rodgers traits but one, that pesky Boy Scout morality.

Eric Kripke, who also created Supernatural and is now showrunner for The Boys, shared the images of Ackles in full costume via Twitter. First impression is that they are going to be giving us a more serious version of the character. In the comics Soldier Boy was a complete joke, decapitating people while reciting the Star Spangled Banner. THIS soldier boy seems a little more serious, which is a bit of a departure for The Boys which has stuck pretty close to the source material…right down to Homelander “enjoying himself” atop a skyscraper. In any event, I’m glad to see Ackles get a shot at something high profile. I know I’ll get made fun of for this, but he’s got tons of potential for super-stardom.

Filming began on Season 3 in late February, so it’s going to be some time before we get to see the real debut of Soldier Boy. Until then stay tuned for all the latest!

You win! Here! You can quit clogging my notifications! This is one of my very favorite suits, designed by the genius @ljsupersuits. If you like this, wait till you see @JensenAckles in action.#SoldierBoy #TheBoys #TheBoysTV @TheBoysTV @VoughtIntl @PrimeVideo @SPTV #SPNFamily pic.twitter.com/scz4ZGDrVd

MGM And The James Bond Franchise Are Now Part Of Amazon