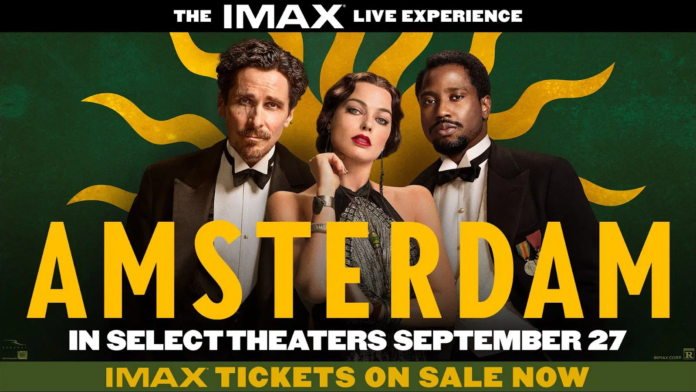 We’re happy to offer our DC readers the chance to attend a very special screening event, AMSTERDAM: The IMAX® Live Experience. This is a chance for IMAX and 20th Century Studios fans to get an early look at David O. Russell’s anticipated film starring Christian Bale, Margot Robbie, and John David Washington! The screening will then be followed by a live Q&A session (Moderated by TCM host and Entertainment Weekly correspondent, Dave Karger) and featuring Director-Writer-Producer David O. Russell and the film’s cast.

The screening takes place on Tuesday, September 27th at 7:00pm at AMC Georgetown. To enter for your chance to win, send an email to punchdrunktrav@gmail.com with your full name and favorite David O. Russell film. Five winners will be selected Sunday, September 25th, and notified by email.