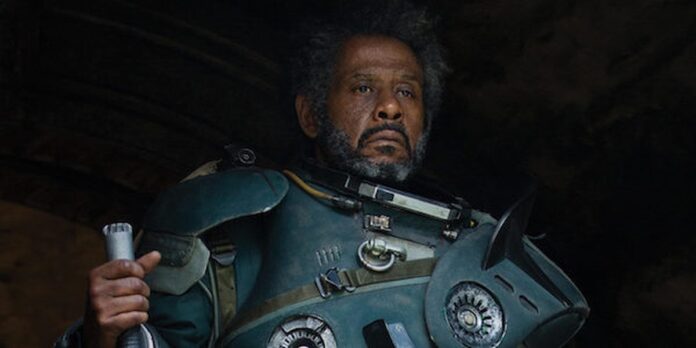 Of the many new characters introduced in Rogue One, Forest Whitaker’s rebel Saw Gerrera has been the most prevalent throughout the Star Wars universe. The character was introduced in The Clone Wars, only to go on to appear in the Fallen Order video game, Star Wars Rebels, and even this season of The Bad Batch. So am I at all surprised to discover Whitaker will return alongside Diego Luna in upcoming Andor series on Disney+? Nope.

The news was revealed to a Swedish outlet by Andor co-star Stellan Skarsgard, who says he shares a “juicy” scene with Whitaker. Since we know little about Skarsgard’s character, it’s hard to say what his connection is to Saw Gerrera’s group of Partisans. Perhaps they’re fighting on the same side? Perhaps not.