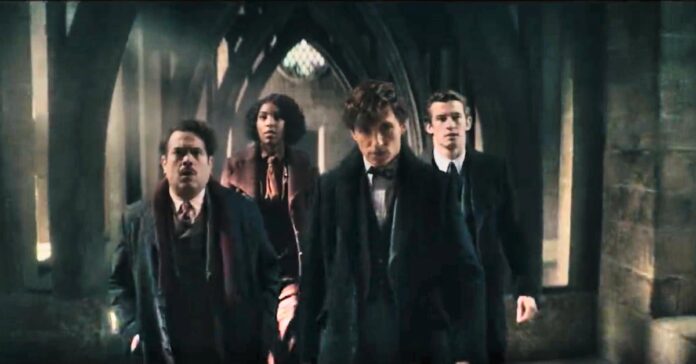 We’re in the midst of a Harry Potter celebration right now, with WarnerMedia doing a lot to honor the 20th anniversary of Harry Potter and the Sorcerer’s Stone. What better time to remind fans that the magic is alive and well and flowing through the current version of the franchise, Fantastic Beasts, and its upcoming third film, The Secrets of Dumbledore.

And let’s be honest; the Potter-verse has taken a beating of late and could use some a magical charm spell cast on it right now. The drama surrounding Johnny Depp and author JK Rowling has been a public black eye. Not only that, but the previous film The Crimes of Grindelwald…well, it sorta sucked.

The latest trailer seems geared to address all of these issues by reminding you that Harry Potter is pretty amazing when you leave the outside shit behind. It’s basically a walk down memory lane before getting down to the real business. The cast is back, including Eddie Redmayne as Newt Scamander, Katherine Waterston as Tina Goldstein, Jude Law as Dumbledore, and we get our first brief look at Mads Mikkelsen as Grindelwald, replacing Depp.