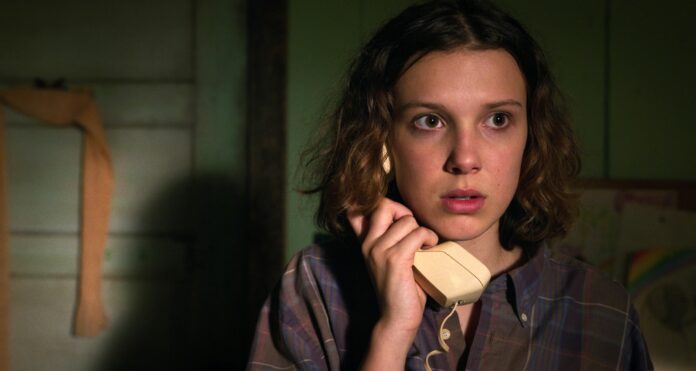 It’s been about a decade since we last saw Stranger Things, right? No? Oh, it just feels like it has been that long since Hopper was…killed? Captured by Russians? Something, right? Geezus. Well, it might be a good idea to rewatch that season because Netflix is back and teasing the new one again, and this time it looks like the focus will be on Eleven, or kids just like her?

At least, that’s what’s implied here in this brief footage from the Hawkins National Laboratory’s Rainbow Room, which fans much smarter than me will remember is the place we first met Eleven (Millie Bobby Brown) way back in season one.

We then hear the voice of Matthew Modine’s character, “Papa”, saying to a bunch of playing children…

“Today, I have something very special planned for you. Eleven, are you listening?”

I can’t tell whether this is an origin for Eleven or if we’re about to meet the other children who grew up with her? My guess is it’ll be a little bit of both. And what, if anything, does the newly-cast Robert Englund, Freddy Krueger himself, have to do with it?

Finally! We Have News From Hopper On The Set Of ‘Stranger Things’ Season 4!