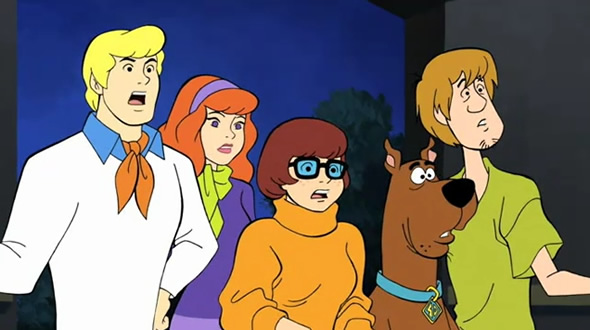 We’ve known for a few years that Warner Bros. really wanted to “unlock” the Hanna-Barbera catalog of characters into a vast animated cinematic universe, but now we’re seeing the plan put into effect. Their long-developing Scooby-Doo animated movie will feature other popular Hanna-Barbera characters in case too big for Mystery Incorporated to handle alone.

Some big names have been assembled for the film, including Gina Rodriguez as the voice of Velma, veteran voice actor Frank Welker reprising as the voice of Scooby-Doo, Will Forte as group stoner Shaggy, and Tracy Morgan as the voice of Captain Caveman, who is not part of the Scooby Gang at all, rather a popular character who had his own animated series from 1977 to 1980.

I have to say, the casting of Morgan is perfect and I can’t wait for the first time he yells “CAPTAIN!!! CAAAAAVEMAAAAAAANNNNN!!!”  Like Scooby, Captain Caveman would eventually have a tiny sidekick who was damned annoying.  Here’s hoping we get a Jabberjaw appearance, too. Surely this won’t be the end.

The villain of the film? Who else? Dick Dastardly, scourge of the Hanna-Barbera universe and frequent Wacky Races cheat, undoubtedly joined by his pet Muttley.

Early synopsis: The story sees the Mystery Inc. gang join forces with other heroes of the Hanna-Barbera universe to save the world from Dick Dastardly and his evil plans…and this time, we are told, the threat is real.

The untitled Scooby-Doo film will be directed by Tony Cervone and hits theaters in May 2020.  One person who may not be there to see it? Matthew Lillard, who has been voicing Shaggy since he starred in two live-action Scooby-Doo movies. He was not pleased… [THR]

Well this sucks.
What a crappy way to find out…. thanks Hollywood. You never sense to amaze me. https://t.co/QDdlMAqlrZ